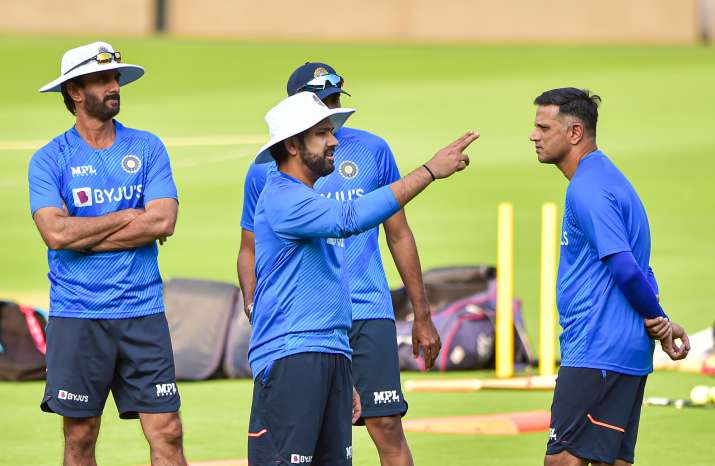 WI vs IND: Rohit Sharma and company will now embark on a new mission, know when it will depart

WI vs. IND: The India team is playing a three match ODI series with the West Indies. There have been two games in the series and India have won both games. The third and final game will be played on July 27. After this the T20 series will start. The ODI series captain is Shikhar Dhawan, but in the T20 series, once again, Rohit Sharma will be seen returning as captain. The first match of the five-match T20 series will be played on July 29. It is now known that Rohit Sharma and the rest of the players will depart for the West Indies tonight for the T20I series.

Captain Rohit Sharma and many great players were rested for the ODI series against the West Indies. The three match series is drawing to a close with the last match being on July 27. Meanwhile, for the T20 series, Captain Rohit Sharma, Rishabh Pant, Dinesh Karthik, Harshal Patel, Bhuvneshwar Kumar, Kuldeep Yadav, Ravichandran Ashwin, Ravi Bishnoi, etc. They will leave for the West Indies tonight. The special thing is that Kuldeep Yadav is also said to be included in the list of going players. He was selected for the team, but at the same time there was a condition that he will go to the West Indies only if he is fit, but now it is known that he is completely fine and he will go to the West Indies with the rest of the players. tonight.

No updates on KL Rahul yet

Like Kuldeep Yadav, KL Rahul also has a fitness problem in his national team. Although before that he had become corona positive. After this they have been sent to Quarantine and only after the Kovid report is negative will a final decision be made on them. But it is believed that KL Rahul may miss the T20 series. He can now be seen returning for Team India in the upcoming series. However, BCCI has not given any update on this. Depression is not caused by low serotonin levels, new doubts about antidepressants

That historic ‘sin’, for which Pope Francis can apologize in Canada, a ‘disgusting incident’ happened with young children, know the whole matter