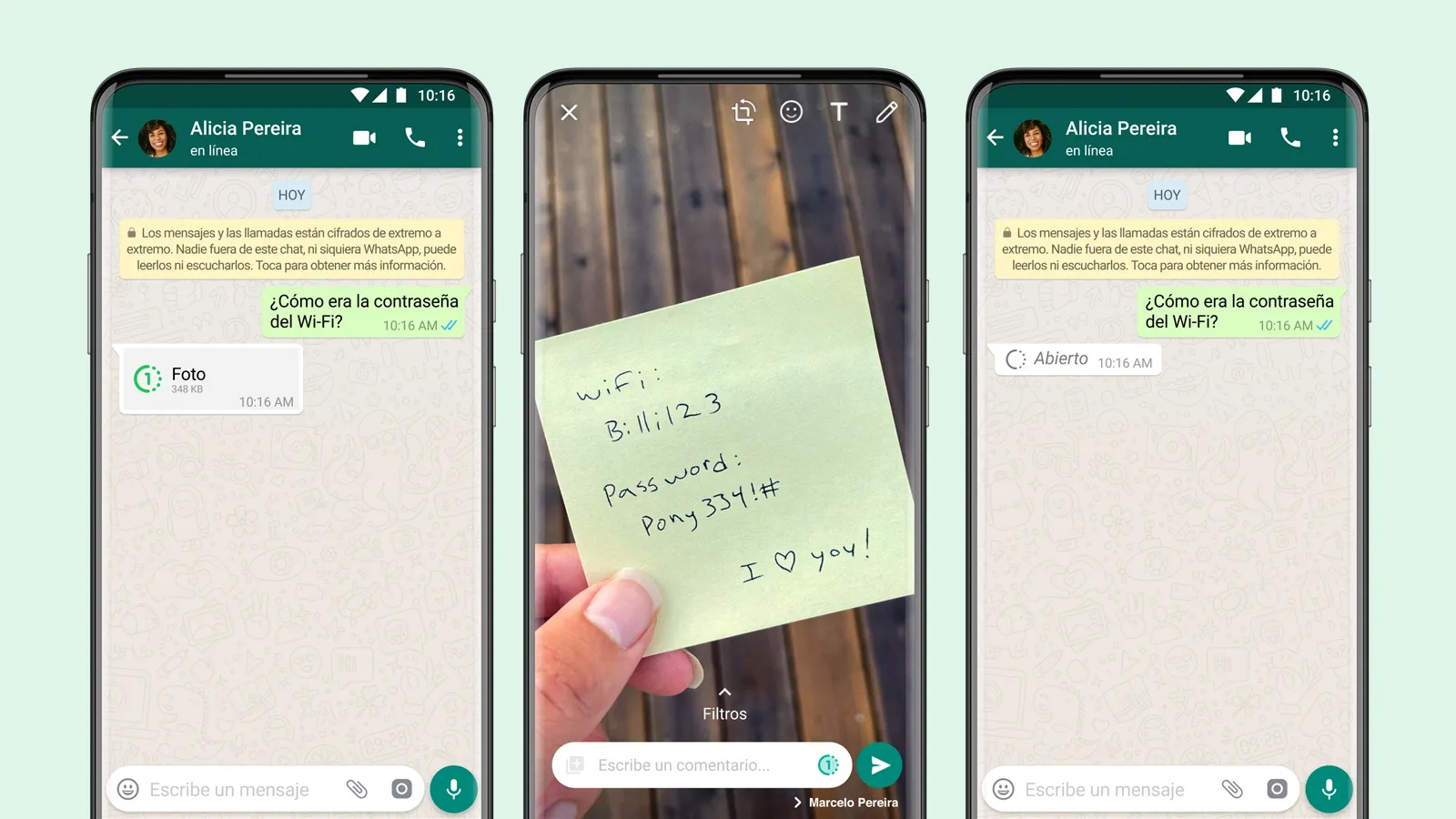 Last year, we learned that WhatsApp was working on a feature to send photos and videos that automatically disappear when viewed.

In early June, WhatsApp began testing the feature with a small group of users. After spending more than a month in beta testing, The disappearing photos and videos feature is launched for all users.

The function allow users send a photo or video that disappears after the recipient opens it once. Content sent with the “View Once” function will not be saved in the recipient’s gallery and can only be viewed once.

Likewise, you also cannot star or forward a fading photo or video. If you don’t open a message that disappears in 14 days, it will automatically expire.

The “View Once” function is very useful if you want to share something sensitive. However, WhatsApp notes that recipients can still take screenshots or record a screen before the media expires, so users are advised to continue to be careful when sharing something confidential.

When sharing a photo or video with someone, you’ll see a small icon next to the send button. When tapped, a pop-up window appears on the screen saying “Photo set to view once.” The View Once icon at the bottom also shows a “1” to indicate that you are sharing media that is disappearing.