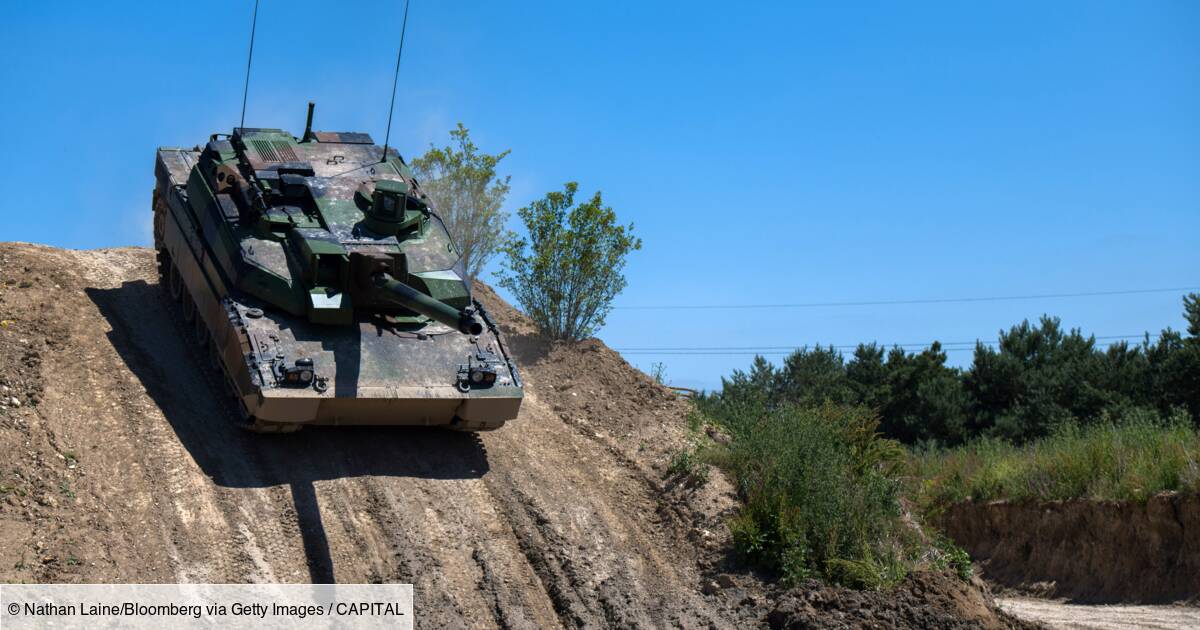 Faced with the war of attrition led by Russia, Ukraine is losing a lot of tanks and is struggling to equip its armored brigades. kyiv no longer hides its impatience and calls on its allies to give it heavy combat tanks to be able to better resist Vladimir Putin’s army. A request heard by Emmanuel Macron who hinted this Sunday that Paris could deliver Leclerc tanks to the government of Volodimir Zelensky. “As for the Leclercs, I asked the Minister of the Armed Forces to work there. Nothing is excluded and this is indeed appreciated collectively”, said the French president. What advantages would the Leclers bring to the Ukrainian army if they were indeed sent to the battlefield? Will they really be effective for this 21st century war?

Named in honor of Marshal Leclerc, this third-generation French battle tank was designed by the GIAT industries group (now known as Nexter) in the 1990s. It is the only battle tank in the army of French land. The Leclerc was designed to face the armored divisions of the USSR. After the collapse of the Soviet Union, this tank showed all its usefulness by being deployed for other types of missions such as external operations by French troops, peacekeeping operations for the UN or even during maneuvers for NATO. Despite its somewhat advanced age, the Leclerc has undergone several modernization programs and it is expected to remain in service with the French army until 2040.

This tank is 9.87 meters long and 3.7 meters wide and can hold a crew of three. This tank was designed for high intensity combat and can therefore continue to function even if it has suffered heavy damage. It is characterized by high performance in all three areas: mobility, firepower and protection. On the defensive side, the Leclerc benefits from shielding made up of removable modular boxes. This means that these boxes can quickly be replaced when damaged in battle. In addition, the Leclerc’s armor is of the active type, that is to say that it is composed in “mille-feuille” so as to guide then wedge the enemy projectiles between two steel plates in order to avoid a brutal shock. to crew and equipment.

Not enough Leclerc tanks to be effective in Ukraine

On the offensive side, the tank is armed with a smoothbore F1 cannon firing 120 millimeter shells, a caliber widely used by other NATO tanks and therefore easy to obtain for the Ukrainian army. Among other things, the Leclerc can launch arrow shells made of tungsten alloy or even depleted uranium alloy, specially designed to penetrate the armor of enemy tanks. The French tank can also fire explosive shells with a range of four kilometers. A 12.7 mm M2HB heavy machine gun completes the Leclerc’s main armament. It is mounted coaxially, to the left of the F1 gun. This machine gun is supplied by a band of 140 rounds.

If Leclerc takes advantage of all these technological advantages, why does the Élysée not seem in such a hurry to send him to Ukraine? kyiv asks its Western allies to provide enough tanks to equip its armored battalions, which requires France to give it 40 combat tanks. However, the French army has only 222 Leclerc in operational condition and some of them are being renovated. Paris could only supply tanks to Ukraine in spades, which would not be enough to effectively use all the tactical advantages of Leclerc. However, the main reason for Emmanuel Macron’s “timidity” is said to be avoiding an escalation of the conflict with Moscow. “We must find the delicate balance between supporting Ukraine to enable it to win, while avoiding escalation with Russia, which would tip over into a total conflict”, summed up the Elysée at the Parisian.