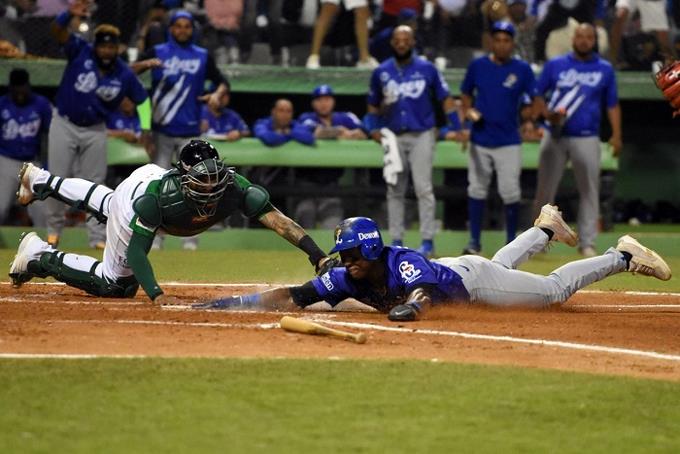 The recent tournament of the Dominican League culminated in the crowning of the Tigres del Licey as National Champions for the first time in a period of five years, entering a stage of nine months until the next season where the six teams on the circuit will seek to correct failures to return with better teams to the competition.

The low season will look quite active for the winter ball teams, who will face the figure of free agency, in addition to planning for possible transfers and what will be the Rookie Draft.

Evidencing the sections to be improved by the different organizations, a work plan is presented below according to the priorities of each team:

Despite the fact that their results in the All Against All phase were not very pleasing to their immense legion of fans, the yellows offered a good tournament by finishing the Regular Series in second place, after walking through most of the season as pointers.

In their notes of things to improve, the Eagles must include the reinforcement of the catcher, a position that was raffled among four different players in the final season.

This need is created after the establishment of Francisco Peña in professional baseball in Taiwan, who had been the team’s everyday catcher in recent years, not participating in 2022-2023.

In the same way, the yellows require someone to take over as the visible face of first base, supplying the power hitting that the position requires.

A number of five players served as starters in the squad made up of Ángel Ovalles, being Andretty Cordero the one with the greatest opportunities, followed by the disastrous results of the imported Frank Schwindel, as well as the chances for Johan Camargo and Jerar Encarnación – who are not originating from the position.

stars from the east

The pachyderms are currently going through a formidable competitive phase, who have gone to the final series in consecutive years, although ultimately falling short after losing in five games on both occasions.

The organization seems obligated to take the missing step that will take them to the promised land, something that to happen first requires the restructuring of the starting pitching staff that they have.

In all stages of their final season, the Stars took the field in 71 games, although in only eight of these did the starters claim victory, a general review of how lousy that staff is being in their aspirations.

The foals have been the example of competitiveness in the most recent years of the Lidom, experiencing the last three wonderful seasons that include two appearances in the final phase and one championship.

In this stretch, the team’s mission has been the same and they continue to fail to achieve the best results: to correct the flaws in their pitching staff.

The culminating harvest revealed improvements in this section for the benefit of the Giants, guided by a WHIP of 1.23 in the regular and round robin stages, but which continue to be insufficient to get closer as leaders in the circuit.

Lions of the Chosen

The negative streak of three seasons without obtaining a berth to the postseason perfectly sums up the dark moment that the longhairs are going through. The deficient roster of native players with availability for the whole year is their main problem, but it is in the infield positions where the void is most noticeable.

The team’s third basemen combined to produce a pyrrhic OPS of just .480 in 2022-23, a position largely filled by a Starlin Castro who sees his best years come to an end, while from shortstop this percentage rose slightly to .525 , and at catcher – which had a positive change after the entry of Pedro Severino in the middle of the season – was .530.

The team needs a renovation from top to bottom, although it is in the aforementioned positions where malaria is most present.

The defending champions were the team with the best performance from start to finish in the tournament. Despite his formidable cover letter, the details to be corrected are still present.

The Blues are forced to make additions to improve their lineup’s lower-middle run, showing how bats six through eighth combined for a .626 OPS – 53 points lower than the team average for the entire season. season.

The bullfighters are experiencing moments of uncertainty, an organization that has spent its last two seasons away from the classification, facing as a consequence a possible transfer of command in sports management positions.

A deficient central line is situated as the main priority to improve for the oranges, taking into account that in their last years they have had to resort to hiring foreign receivers with dim results, at the same time that from the intermediate and short stops a Nine players played in both positions.

This embarrassing situation has mutated in the franchise’s relievers, a section that was viciously attacked in the championship judging by its 4.17 ERA, something not at all convenient considering that they usually support the greatest workload in winter baseball.