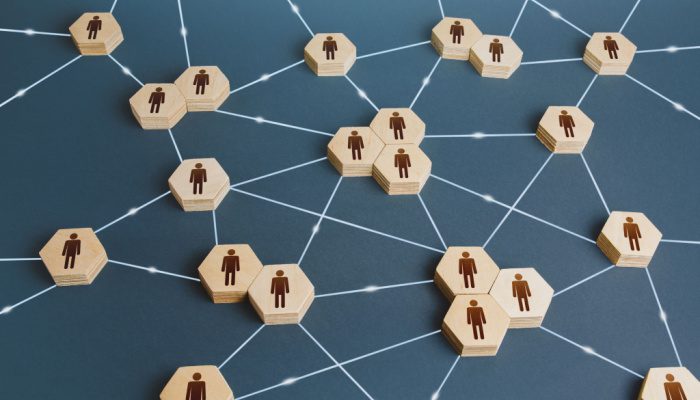 According to experts, it is one of the key points of the crypto industry: decentralization. Basically, decentralization means that decision-making and project management is shifted from a central entity to a model where decisions are made collectively. However, it turns out not to be that easy in practice.

However, decentralization usually also has some drawbacks such as lower transaction throughput, but ideally those drawbacks are worth the improved stability and service.

Today, decentralization is something to strive for for many blockchain projects. In fact, the lack of a central authority is one of the things the crypto industry is known for to outsiders. However, if we zoom in a bit deeper into the details, we can quickly notice that many projects that characterize themselves as decentralized are actually not that decentralized at all.

That is why critics sometimes say that real decentralization is a myth. Something that looks great on paper, but is simply not feasible in practice. Is there any truth to this statement?

In the crypto market today we see a large number of ‘decentralized’ projects that are in fact still managed by a central authority. So there is actually a billboard that does not tell the whole story.

We often see this in the decentralized finance (DeFi) sector. The most important thing about a DeFi project would be the fact that trading, borrowing, etc. can be done in this way without the need for a third party, such as a bank. Everything expires peer to peeror from user to user.

What we often see is that with DeFi projects, management and all decision-making are simply in the hands of the company behind the project. So many DeFi projects are really just very centralized, even though they don’t claim to be.

However, that does not mean that decentralization does not exist. This is indeed the case. However, it is important that many projects that claim to be decentralized cannot actually deliver on that promise, and that is problematic. It damages the image of the entire industry.

An interesting project from Dutch soil DUCATA, which is developing a decentralized stablecoin. They expect to launch early next year and are working towards a truly decentralized protocol, it can maintain itself completely autonomously next to our current financial economic system and is also not dependent on external crypto currencies to guarantee stability. The control of the protocol is arranged via the smart contracts, algorithms and governance, the latter being the responsibility of the users. This also prevents possible censorship and centralization, so no party can change the protocol without the consent of the users.

If you want to know more about the DUCATA project, watch the short video on this one page. A private sale is currently being held ahead of the public launch.