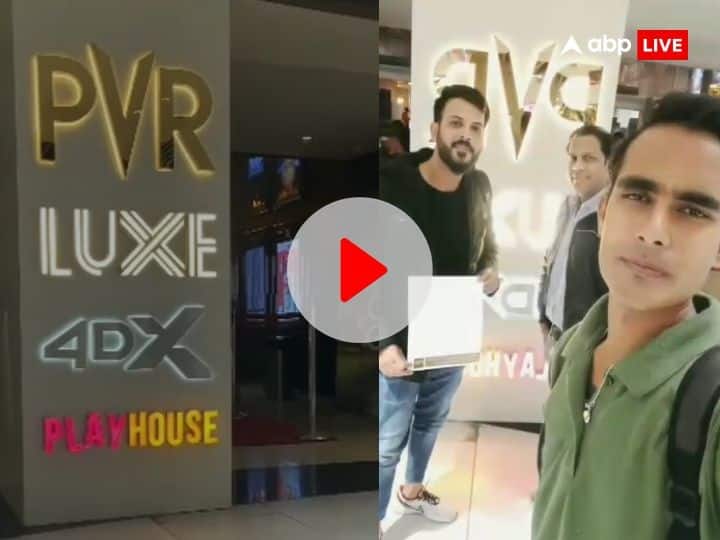 The king of Bollywood i.e. Shah Rukh Khan returns to the big screen after four years with ‘Pathan’. In such a situation, it is nothing short of a celebration for the fans of Shahrukh. According to a news, a Shah Rukh Khan fan has booked all the tickets for the First Day First Show. Tell them that a Shah Rukh Khan fan has booked the entire 9am show on PVR at Treasure Island, Indore for the Pathan movie. It is reported that this fan bought only the full ticket for the morning show. The special thing about this theater is that whatever the movie, the first show is at 12 noon. But the theater has changed its policy for Shahrukh’s film.

According to a report, the Shahrukh Khan fan has booked the entire theater. Fans are going to see the first screening of the film before 12 noon. The schedule of the first show will be known on Friday. The special thing is that a fan of Shahrukh has already booked the show.

While talking about Deepika Padukone, the actress currently has a lot of projects that she is working on. Soon she Deepika will start shooting the movie ‘Fighter’ with Hrithik Roshan. The shooting of ‘Project K’ with Prabhas is yet to take place. This Prabhas and Deepika film is made on a grand scale. Shahrukh Khan fans are very excited for ‘Pathan’. Looking forward to January 25th. It will be interesting to see if Shah Rukh Khan maintains the same blockbuster image among fans with his return.

Shah Rukh Khan’s film ‘Pathan’ is already in controversy. In fact, many people have objected to Deepika Padukone wearing an orange bikini in the film’s song ‘Besharam Rang’. Madhya Pradesh Minister Narottam Mishra says all these scenes can spoil people’s mindset. Apart from this, multiplex theater owners in Gujarat fear that all this controversy will get out of hand. In such a situation, he has appealed to the Gujarat CM to provide tight security in the movie theaters. He is afraid that people will oppose this Shahrukh Khan movie out of theaters.