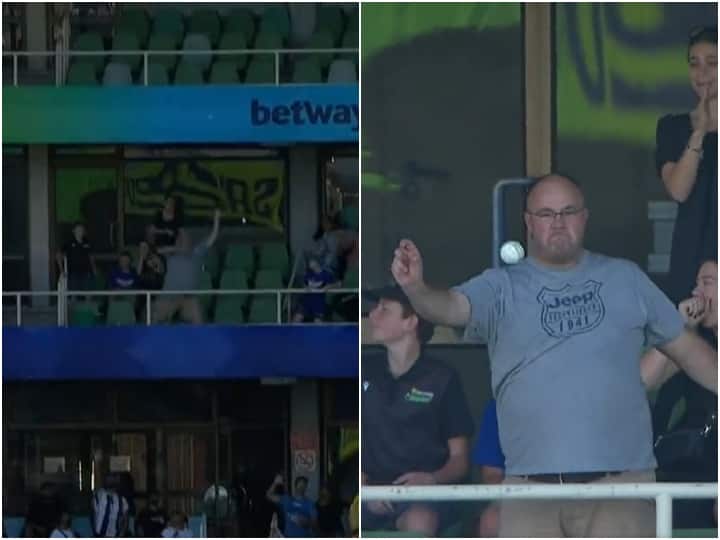 The South African T20 (SA 20) league began on Tuesday, January 10. The first match of this was played between Paarl Royals and MI Cape Town. After this, the second match between Durban Super Giants and Joburg Super Kings was played. In this match Joburg Super Kings won by 16 runs. Donavon Ferreira played a fast-paced tackle for Joburg Super Kings. He scored 82 runs on 40 balls with the help of 8 fours and 5 sixes. During his innings, a spectator caught everyone’s attention by holding the catch with one hand.

Video of this incident is going wildly viral on social media. Donavon Ferreira hit a long shot from 104 meters six, which fell directly into the stands. A spectator sitting in the stands caught this ball with one hand. After catching the catch, the public was about to see the reaction. After that, he turns the tables on her.

This person caught the trap and became a millionaire. In fact, the sponsor of SA20 hosted a competition called ‘Catch a Million’. In this competition, if a person over the age of 18 catches an out-of-bounds catch with one hand, they will be awarded an amount of one million rand as a reward. This amount was approximately 48.25 lakh rupees in Indian rupees.