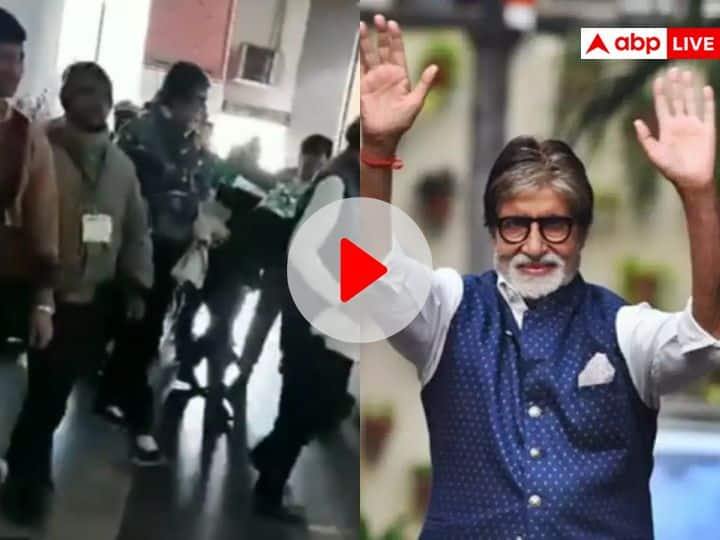 Bollywood megastar Amitabh Bachchan has arrived at Indore in Madhya Pradesh today. He will inaugurate the Kokilaben Dhirubhai Ambani Hospital in Nipania. Chief Minister Shivraj Singh Chouhan will also join and address the program virtually. Jaya Bachchan has also come to Indore along with Amitabh Bachchan.

Megastar Amitabh Bachchan arrived in Indore this morning with his wife Jaya Bachchan. We inform that today at 4:00 pm he will attend the inauguration ceremony of the Kokilaben Dhirubhai Ambani Hospital built in the city of Indore. Anil Ambani and Tina Ambani are also coming to Indore for this opening ceremony. A huge crowd of people gathered at the Indore airport to see Amitabh Bachchan.

Kokilaben Dhirubhai Ambani Hospital was completed some time ago in Indore. In this hospital you will get all the facilities related to medical emergencies. Anil Ambani and his wife Tina Ambani had earlier arrived in Indore for the inauguration of the Kokilaben Hospital. Significantly, Amitabh Bachchan is closely associated with the Ambani family.

In each program that is carried out in the Ambani family, the presence of the megastar is seen. Madhya Pradesh CM Shivraj Singh Chouhan to join online during the inauguration of Kokilaben Dhirubhai Ambani Hospital. After the inauguration of such a big hospital in Indore, Indore will reach a very high level in the field of medical emergency. It will provide world-class healthcare services at the hospital.