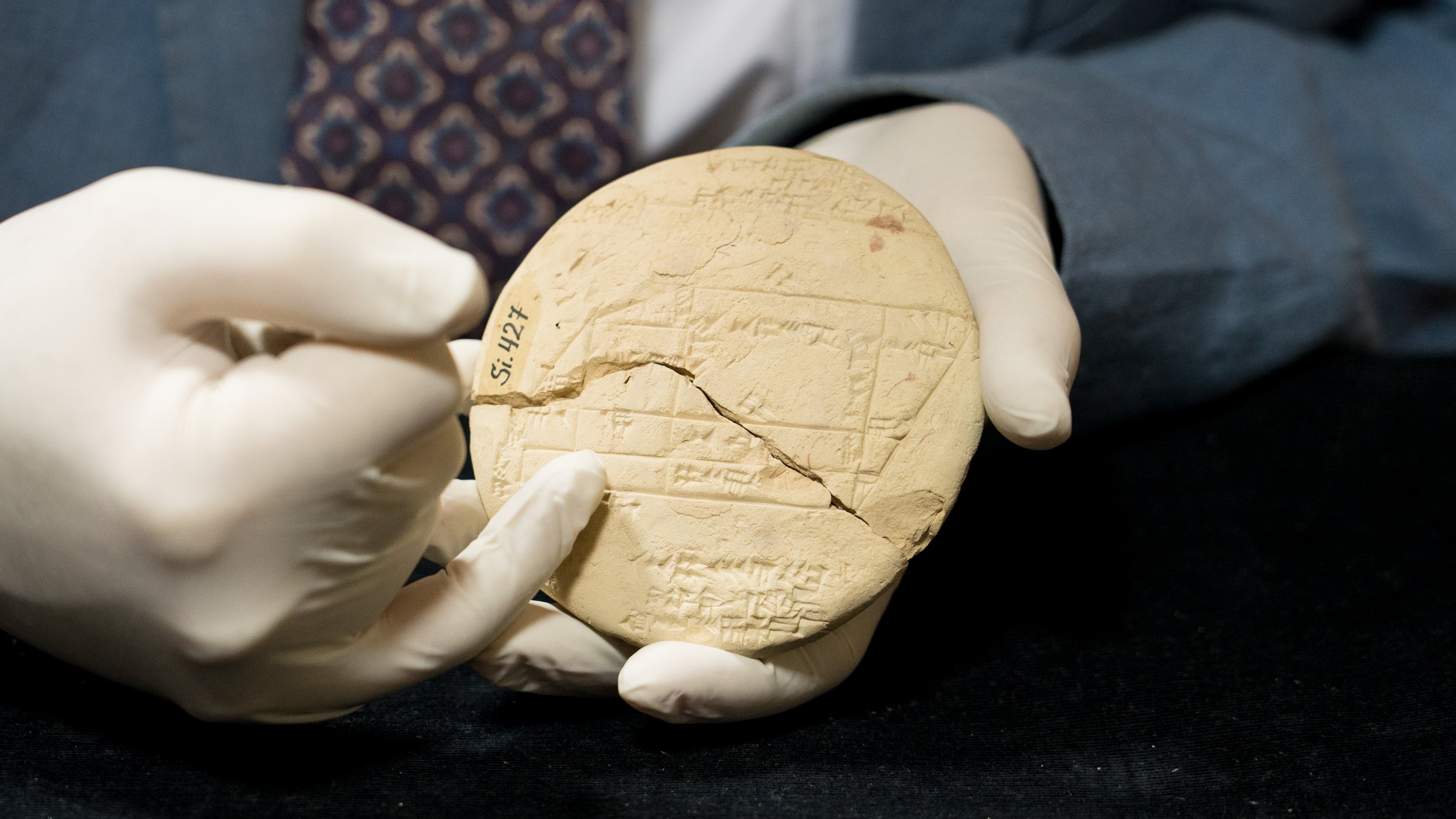 In a new study published Aug. 3 by Australian mathematician Daniel F. Mansfield, the Pythagorean theorem appears to have been used on a 3,700-year-old clay tablet that reveals the origins of applied geometry.

This clay tablet called Si.427, dates from the ancient Babylonian period between 1900 and 1600 BC. C., as specified in the study. And it was at the end of the 19th century that it was discovered in Iraq. Preserved in the Archaeological Museum in Istanbul, the researcher from the University of New South Wales borrowed it to decipher its inscriptions.

The tablet, called Si. 427, represents the division of the earth’s limits by right triangles, which makes it the oldest and most complete example of applied geometry known to mankind. pic.twitter.com/dYAKacqSmL

East intense study, supports the hypothesis already raised about the Plimpton 322 configuration found in earlier clay tablets. In fact, in 2017, Daniel Mansfield and Norman Wildberger were already at the origin of the identification of another Babylonian tablet that contained the oldest and most accurate trigonometric table in the world. So they thought it was used in surveying or construction.

Si.427 is, therefore, one of the oldest techniques for calculating applied geometry, which could make it possible to measure and delimit the surface of the land. It contains a cuneiform script, which is one of the first writing systems, and uses, like Plimpton 322, “the Pythagorean triplets”, which however are more than 1000 years prior to the Greek philosopher and scientist Pythagoras of Samos.

For this new analysis, Daniel F. Mansfield thus concludes that the inscriptions engraved in the clay belong to “a mathematical study of the individual sides of the Pythagorean triples” that served to draw the plan of a “land that would have been sold. “. It would be a field with swampy areas and a threshing floor near a tower, the measurements of which had been taken “with unusually high precision”, as the rectangles themselves are remarkably drawn after their “opposite sides of equal length.”

A technique considered “unique” that suggests that surveyors had designed “a way to create perpendicular lines with more precision than before”, which is “a delicate task that generally requires specialized equipment”, we can read.

Thus we find the most famous combination which is 3-4-5 (3×3 + 4×4 = 5×5), which allows us to achieve perfect right angles, but also 8-15-17 and 5-12-13. A true revolution for Daniel Mansfield who explains “that once you understand what Pythagorean triplets are, your society has reached a particular level of mathematical sophistication.” And in addition to offering information on geometric evaluation, this example of a “cadastral document” also details the legal aspect.

However, Dr. Mansfield remains intrigued by the engravings on the back of the clay tablet. Although he has managed to decipher the size of the field among other information, he wonders about the correspondence of the numbers “25: 29” displayed approximately at the bottom of the surface. “Is this a done calculation?” Is it a measure of something? … ”, several more questions that remain unanswered for Daniel Mansfield who says he is“ bored ”and admits to having“ stopped trying to understand what it is ”.