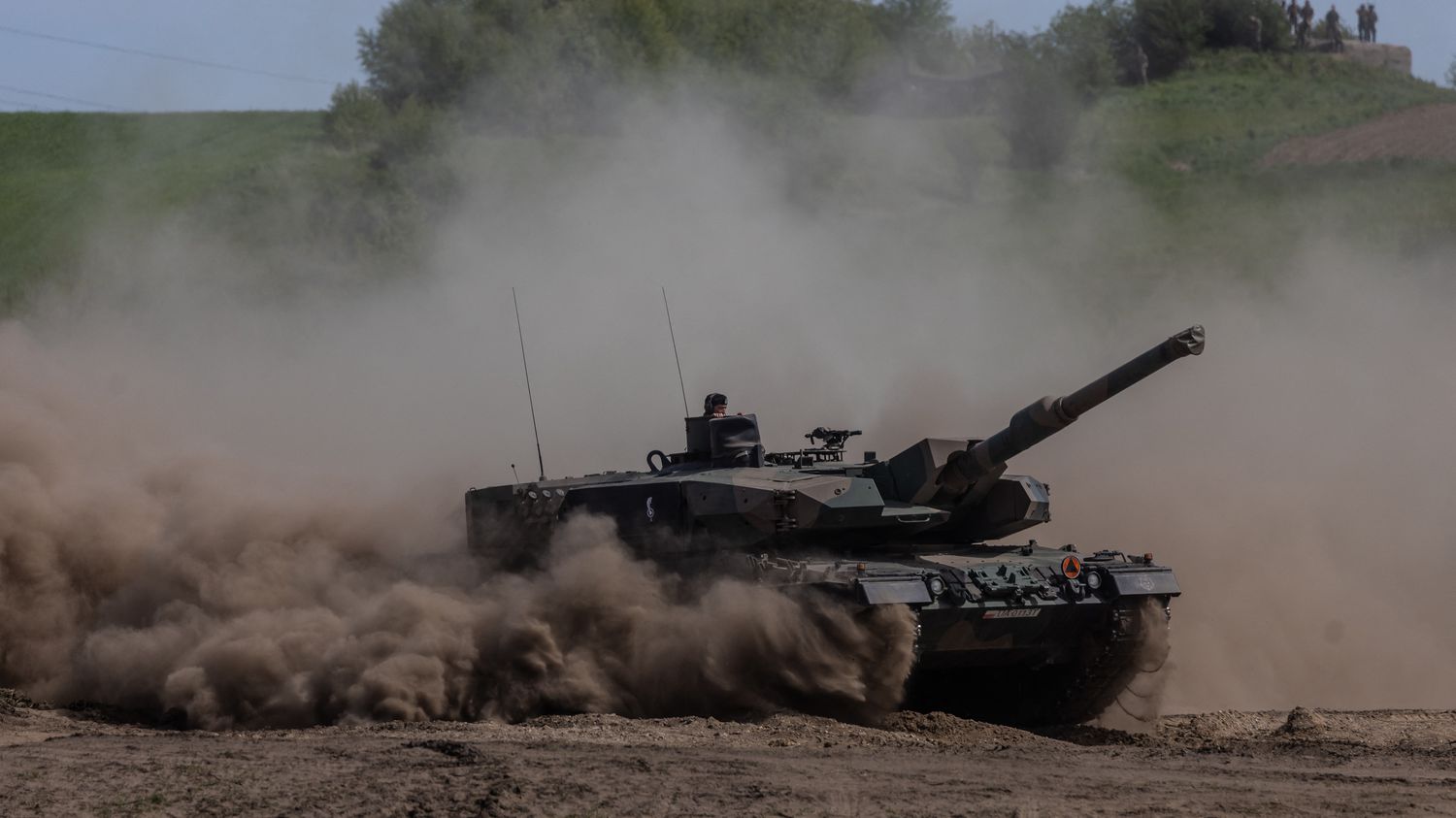 Poland warned Monday, January 23, that it was ready to do without the approval of Berlin, undecided on the issue, to deliver German-made Leopard tanks to Ukraine. As Russian forces continue to claim small advances on the ground, allies are discussing the possibility of delivering tanks to Ukraine. Here’s what to remember from the day.

Polish Prime Minister Mateusz Morawiecki announced on Monday that his country would seek Berlin’s agreement to deliver German-made Leopard tanks to Ukraine. “We are going to ask for such an agreement, but it is a secondary question”he said in front of reporters. “Even if we don’t get their agreement, we will give our tanks to Ukraine”he added, recalling that his country was seeking to create a “coalition” of countries ready to deliver tanks to the Ukrainians.

On his side, Paris does not rule out delivering Leclerc heavy combat tanks to Ukraine to support it in its war against Russia, Emmanuel Macron said on Sunday alongside German Chancellor Olaf Scholz.

The spokesman for the German Chancellor clarified his position on Monday: “the federal government does not rule out the delivery of Leopard tanks, it has not yet decided if it will do so now”.

Sign of growing tensions with Moscow, two of the three Baltic countries, Estonia and Latvia, announced during the day their decision to expel the Russian ambassador on their soil, following in the footsteps of Lithuania which had done the same Last year. These two states acted as a measure of reciprocity after Moscow declared, a few hours earlier, the expulsion of the Estonian ambassador from Russian territory.

The Russian ambassador will therefore have to leave Estonia on the same day as his diplomat will leave Russia, ie February 7, Tallinn first announced. In the afternoon, Latvia for its part declared that it had also asked the Russian ambassador to leave Latvian territory. “no later than February 24, 2023. Similarly, the Ambassador of the Republic of Latvia to Russia will leave Russia by February 24“, said Riga.

Russian separatists announced on Monday the capture of two villages, Krasnopolivka and Dvorechye, located near Soledar. A leader of the Russian occupation of eastern Ukraine, Denis Pushilin, meanwhile displayed himself the day before in this fiercely disputed city, which Moscow claimed to have captured more than a week ago, and whose loss kyiv has so far not recognized.

Speaking on Russian television the day after his trip to Soledar, he confirmed that “the city is destroyed” and there was nothing left “almost more whole buildings”.

According to the Russian army, the conquest of this city is a step to encircle Bakhmout, which Moscow has been trying to conquer since the summer and where the two sides are engaged in a fierce battle. According to Denis Pushilin, the fighting took place there “intensify”and Russian troops “advance”, he said, adding that units of the paramilitary group Wagner now controlled strategic heights nearby.

“The situation remains quite difficult, but our units are advancing almost everywhere,” he said, noting a “massive transfer” of Ukrainian troops towards Bakhmout.

South Africa, criticized for its position “neutral” refusing to condemn Moscow since the start of the war in Ukraine, took a new step on Monday by saying to himself “friend” of Russia. The southern African country recently announced that it will host the Russian and Chinese navies in February for joint maneuvers off its coast and “strengthen already flourishing relationships”.

“All countries carry out military exercises with their friends”, South African Foreign Minister Naledi Pandor said Monday at a press conference following a meeting with her Russian counterpart Sergey Lavrov in Pretoria. Upcoming naval exercises “reflect a desire to develop military cooperation”, added the latter. More than 350 South African soldiers will participate in these joint exercises, scheduled for February 17 to 27.

Russian artillery fire killed one civilian in Antonivka, a village in the southern region of Kherson, said its governor, Yaroslav Yanushevich. The Ukrainian army general staff reported that “on January 20 and 21, the enemy carried out offensive actions in the sector”near Mali Shcherbaky. “The enemy continues its offensive in the Bakhmut and Avdiivka sectors aimed at seizing the entire Donetsk region, despite high losses“, noted in the evening the staff of the Ukrainian army.

In the northeast, in the Sumy region, a young woman died and two other people were injured when a house was hit by a shell in Esmanska, while an apartment building was “directly hit” in Vorozhba, according to Ukrainian regional authorities.

New discussions on tank deliveries to Ukraine, in Brussels

Ukrainian Defense Minister Oleksiy Reznikov announced that the next “Ramstein” meeting of kyiv’s Western allies will take place next month, without specifying the date. This working session will be devoted to the air domain, a member of the presidential cabinet had already declared on Saturday. Negotiations in Germany on Friday failed to unblock the delivery of combat tanks, including the Leopard 2s. EU foreign ministers met on Monday in Brussels to discuss this equipment. military, ardently demanded by Ukraine.

For his part, Kremlin spokesman Dmitry Peskov castigated “all countries that deliver weapons to kyiv”, and pointing out their responsibility for Moscow’s refusal to negotiate with the Ukrainians. “The conditions are not met today for negotiations with Ukraine – neither de facto nor de jure”did he declare.