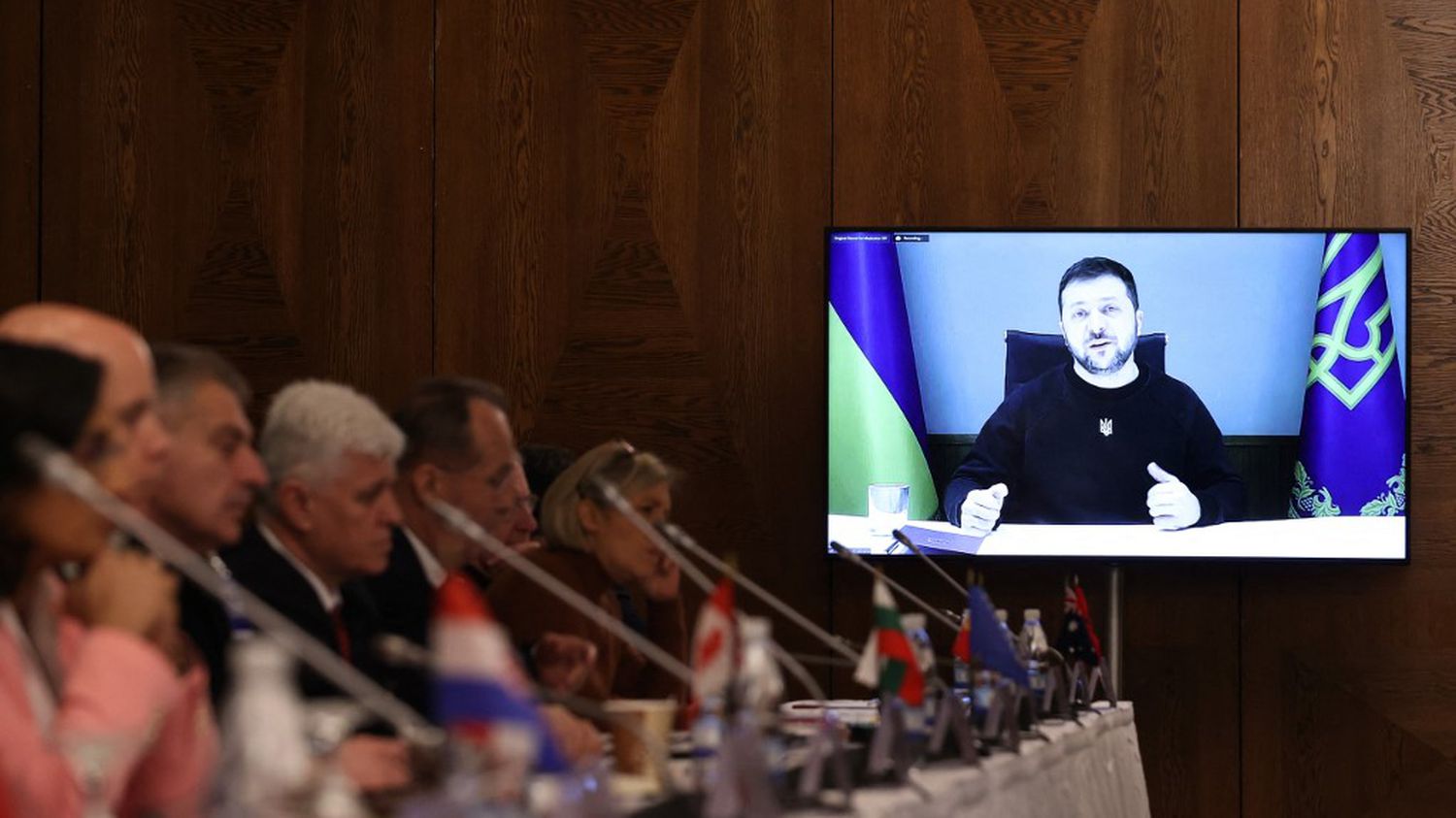 Ukraine will still have to wait before receiving heavy weapons. This is what emerged from the meeting of NATO allies on Friday, January 20, in Ramstein, Germany. Berlin, which could give the green light to the delivery of Leopard tanks, is still hesitating. For his part, Ukrainian President Volodymyr Zelensky is increasing calls for the dispatch of these armored vehicles. Here are the takeaways from the day.

Westerners fail to agree on tank deliveries to kyiv

The Germans “did not make up their mind on the Leopard tanks”, soberly declared US Secretary of Defense Lloyd Austin after a meeting of 54 countries allied with Ukraine at the US base in Ramstein, Germany. Poland and Finland have offered to deliver German-made Leopard 2 tanks, but any shipment of such armaments must receive the green light from Berlin, which is reluctant to do so at this stage.

The United States, however, left the door open to change. “We have a window of opportunity here between now and spring,” to deliver western tanks when Ukraine starts “his counter-offensive”, explained Lloyd Austin. Lhe aim of Ramstein’s group was also to “provide Ukraine with the capabilities it needs to succeed in the short term”he said, adding that the group had “pretty successful” this goal.

Following the meeting, Ukrainian President Volodymyr Zelensky reiterated his call for the delivery of heavy weapons: “we will still have to fight for the supply of modern tanks, but every day we make it more evident that there is no other solution than making a decision on tanks”, he said in his daily evening speech.

US designates Russian mercenary group Wagner as a terrorist organization

“Wagner is a criminal organization that commits vast atrocities and human rights abuses,” White House National Security Council spokesman John Kirby told reporters, pointing out that the mercenary group had something “50,000” people deployed in Ukraine. He also indicated that Washington would take other sanctions against the Wagner group in the wake of this designation.

In addition, the United States announced the release of a new tranche of military aid to Ukraine for a total amount of 2.5 billion dollars, bringing the total American military expenditure for Ukraine to 26, $7 billion. The envelope includes 59 Bradley armored vehicles, which will be added to the 50 light armored vehicles of this type promised on January 6, and 90 Stryker armored personnel carriers. The US Army will also deliver 53 anti-mine armored vehicles (MRAP) and 350 Humvee vehicles to Ukraine.

The UN said its first convoy of humanitarian aid arrived Friday in the vicinity of Soledar, one of the most disputed localities since the invasion of Russia. “This is the first inter-agency humanitarian convoy to reach this area,” said Jens Laerke, spokesman for the UN’s Office for the Coordination of Humanitarian Affairs (Ocha), during a UN press briefing in Geneva.

The convoy is made up of three trucks, which carry water, food and basic necessities as well as medicine for approximately 800 people. It is being unloaded, the spokesman said. It is in the area controlled by the Ukrainian government.

3.8 million and two titles: Jon Rahm, after the legend of Seve