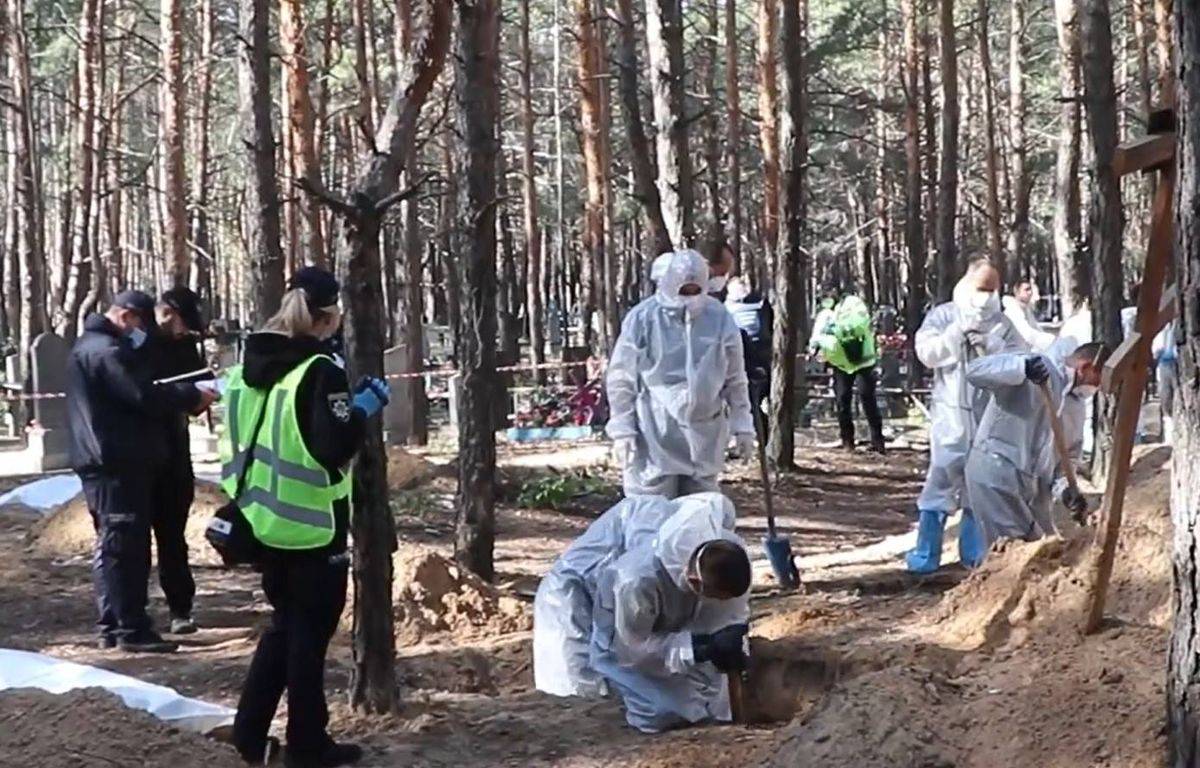 “War crimes have been committed” in Ukraine

These are no longer suspicions, but now certainties. According to UN investigators, war crimes have been committed in Ukraine since the Russian invasion in February. The organization’s Commission of Inquiry on Ukraine was launched in March by the Human Rights Council (HRC) to investigate human rights abuses committed by Russian troops. The Council subsequently approved a new resolution in May calling on the commission to specifically investigate serious human rights violations committed by Russian troops in the Kyiv, Cherniguiv, Kharkiv and Sumy regions.

During the investigations in these four regions, the commission visited 27 cities and localities and questioned more than 150 victims and witnesses, explained its president, Erik Mose, during a first oral report before the Council. And, he said, “based on the evidence collected by the Commission, the Commission concluded that war crimes were committed in Ukraine,” listing Russian bombings of civilian areas, numerous executions, torture and ill-treatment as well as sexual violence.

“We were struck by the large number of executions in the regions we visited. The Commission is currently investigating these deaths in 16 cities and locations. We have received credible allegations regarding many other cases of executions, which we are in the process of documenting,” said Erik Mose. The bodies found have the common characteristics of having visible signs of executions, such as hands tied behind their backs, gunshot wounds to the head or slit throats.

In addition, the witnesses, he said, provided consistent accounts of ill-treatment and torture, which took place during their unlawful detention. Some of the victims reported that after an initial detention by Russian forces in Ukraine, they were transferred to Russia and held for weeks in prisons.

“The interlocutors described beatings, electric shocks and forced nudity, as well as other types of violations in these places of detention”, underlined Erik Mose, who also notes that after being transferred to detention in Russia, some victims are said to have disappeared. Cases of sexual violence have also been reported to UN investigators. In some cases, relatives have been forced to witness these crimes. In the cases investigated by the commission, the ages of victims of sexual or gender-based violence ranged from four to 82 years.

A “catalogue of cruelties”

The commission has also documented cases where children have been raped, tortured and unlawfully confined. “Children have also been killed and injured in indiscriminate explosive weapon attacks,” said Erik Mose. He also briefly indicated that the commission had had to deal with two cases of ill-treatment inflicted on Russian soldiers by Ukrainian forces. “Although few in number, these cases continue to be the focus of our attention,” he said.

The UN Secretary General also called on Thursday to investigate the “catalogue of cruelties” taking place in Ukraine, during a Security Council meeting on “impunity” for crimes committed since the invasion of Ukraine. country by Russia. The reports of the UN humanitarian services “are a catalog of cruelties: summary executions, sexual violence, torture and other inhuman and degrading treatment against civilians and prisoners of war”, declared Antonio Guterres at the opening of this meeting in which the Russian Foreign Minister Sergei Lavrov notably participates.

“Everything that is not Italian, out of the country”: Berlusconi and Salvini around Giorgia Meloni for a joint meeting before the legislative elections