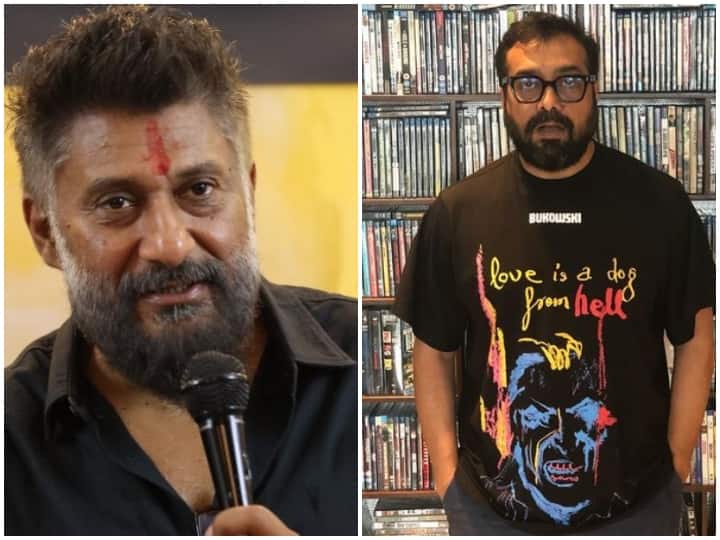 Kashmir Files director Vivek Agnihotri often makes headlines for his statements. For now, the filmmaker has been focused on Anurag Kashyap’s latest “crowd is out of control” comment on Twitter. In fact, Anurag had said these words after the Prime Minister advised Bharatiya Janata Party (BJP) workers to stop commenting on films. Anurag had said that the prime minister has taken too long.

In fact, Prime Minister Modi recently suggested on the second day of the BJP’s national executive meeting that “unnecessary comments” on irrelevant topics like movies put the party’s development agenda on the back burner, the news agency reported. PTI.Is.

On this, according to a PTI report, Anurag was quoted as saying: “If I had said this four years ago, it would have made a difference. Now, I don’t think it will make a difference. It’s about controlling one’s own people. “Things they’ve changed and now it’s out of control, I don’t think anyone listens to anyone.” The filmmaker further said: “When you remain silent, you empower prejudice and you empower hate. It has become so strong now that it is a power unto itself. The crowd is now out of control.”

Let us tell you that earlier many politicians had opposed the song ‘Besharam Rang’ from Shah Rukh Khan and Deepika Padukone’s upcoming film ‘Pathan’. These included Madhya Pradesh Home Minister Narottam Mishra and Ram Kadam, who criticized Deepika’s saffron bikini. Many other people also objected to the song saying that it has hurt religious feelings.

Meanwhile, filmmaker Ashok Pandit, Chairman of the Indian Film and Television Directors Association (IFTDA), endorsed PM Modi’s statement. He said during an interview with The Indian Express: “If the PM scolds his own people and asks them to shut up and not talk nonsense against the film industry, which is not in his domain, then it is a sign of confidence for the industry. “There is a big push that the prime minister of the country is with you. This signal goes out not only to the politicians, but also to the media people, to our own industry.