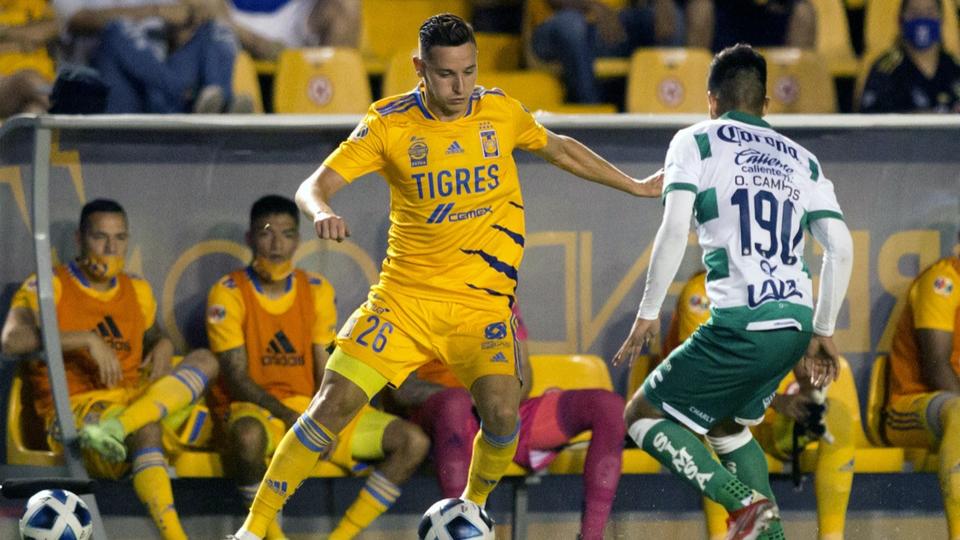 Florian Thauvin was sent off after half an hour of play on Saturday in his first game with the Monterrey Tigres.

A first completely lost. The former OM player, world champion in 2018, was guilty of a very dangerous tackle from behind on Omar Campos, a Santos player. The referee then issued a yellow card, which immediately turned red after consulting the video referee.

For his first game under the colors of, the former winger of the#OM Florian Thauvin was sent off in the 33rd minute of play and whistled by the stadium fans. pic.twitter.com/VLz9lZtpQz

During this match that counted for the third day of the opening tournament of the 2021-2022 season, at the University Stadium, Florian Thauvin then left the field, under the whistles and even the boos of some of the Mexican fans of the Tigres. Injured by the entry of Thauvin, Campos also had to leave the field of play.

André-Pierre Gignac, who returned from the Tokyo Games as Thauvin, did not play this game for the Tigers, he still suffered from his right leg (ankle ligament, fibula bruise).

Palma depends on the Russian conflict to host the Final Four