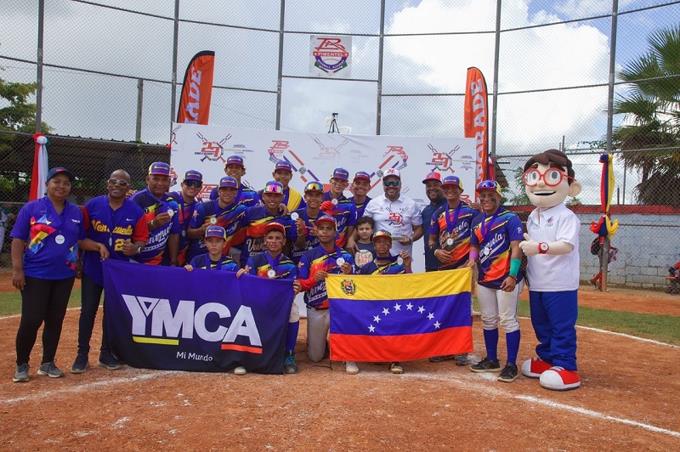 Venezuela was proclaimed champion of the Pimentel International Baseball Classic by defeating the Guatemalan team 10-0 in a match held at the CYCNS stadium of the Pimentel Baseball Academy complex, located in the El Mamón de Guerra community.

Pascual Archila was selected the Most Valuable Player of the final by hitting four hits in five at-bats, including a triple and three RBIs.

The Venezuelan team sealed their victory in the same first inning when they produced two runs, advantages that increased as the episodes went by. The only time the winners didn’t score runs was in the fifth.

The great cup and medals to the winners were delivered by Pablo Ulloa, Ombudsman, together with the character of this institution “Pepe”.

“Grateful to God for having reached this final and being champion. This is part of our dream and for which we are fighting. Our goal was to come to this country to win and we did that”, said Archila after the match.

In the tournament, in addition to Venezuela and Guatemala, the teams from Puerto Rico, Mexico, Colombia and the Dominican Republic also participated.

Manuel Dos Passos also stood out on offense, who had a contribution of three runs for Simón Bolívar’s team.

“At first we had in mind to face the Dominican Republic in the final. It could not. That’s baseball. Despite everything, we were able to advance to the final to face a good team like the one from Guatemala”, indicated Dos Passos.

Venezuela and Guatemala reached the final after defeating Mexico and the Dominican Republic, respectively, last Thursday.

Meanwhile, the Guatemalan ambassador in Quisqueyan territory, Javier Zepeda, together with Ulloa, delivered the runners-up cup to the members of the Central American team.

Dominican was left with the bronze

The Dominican Republic beat the Mexican team 8-4 to win the bronze medal of the international competition.

Luis de León and Daniel Almonte commanded the offensive attack of the Creoles by driving in three runs each. Junior Bautista also stood out with two RBIs.

The members of the Dominican team were awarded by Cristian Pimentel, president of the organizing entity of the international event.

The winning pitcher was Alexander Pichardo, with five innings of two hits, four runs (two of them earned), five walks and two strikeouts. Héctor Ramírez was credited with the save. The losing pitcher was Jorge Quiroz, who worked all the way, allowing 12 hits, eight runs, three walks and three fanned out batters.