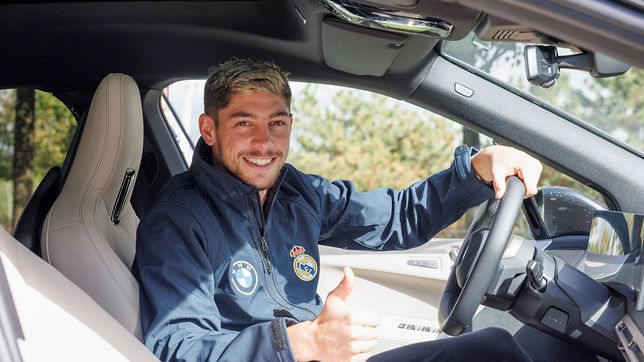 At 24 years old, Valverde is the oldest of the ten players with the highest market value on the planet according to the reference website Transfermarkt. Incredible. Actually, he is fifth on that list. The German site crosses dozens of data with the algorithms it uses that most clubs on the European continent accept as good, although it is also true that actual transfers usually exceed their reference figures. One hundred million euros is the estimated value at the moment for the Uruguayan, who this season has taken the definitive qualitative leap and who aspires, in the World Cup in Qatar, to take the big step towards becoming a planetary star.

It is no coincidence that Valverde received glowing praise from his teammate Kroos in recent times. “If he continues like this, I see no limits. It is very, very complete. If he doesn’t see a solution with the ball at some point then he takes the ball and goes straight to the opponent’s goal. I am a big fan of Valverde. I think he will be a world-class player for Madrid for at least the next ten years.” The Football Architect says it, his praise is worth gold. And before that, after the Clásico, Kroos posted a very revealing tweet about the Uruguayan: “Now he is among the three best in the world.”

The Uruguayan has a contract with Real Madrid until 2027. A jewel that the white club guessed with enough time to anticipate his movements. There is only one man on the squad with a longer-term contract, Tchouameni, and he has just arrived. Valverde renewed in August 2021. It ended in 2025 and Madrid extended it until 2027, demonstrating great confidence in him that has later been confirmed. Valverde was a personal bet by Juni Calafat when the Brazilian, close to Ronaldo Nazario, was just a mere adviser to Florentino Pérez. Today Calafat is the Head of the scouting of the white club. Valverde only cost five million and took his first steps at Castilla.

The Uruguayan is a pillar in the current Real Madrid and anticipates the necessary renewal of the team in which there are still two sacred cows in the midfield, Kroos (32) and Modric (37) who do not have much time left in action. Last season Valverde began to stand out and this season he has scored eight goals and given four assists. It is the second highest scorer of the team behind Vinicius (the Brazilian has ten).

“What Valverde does is strange, he has an impressive shot. And in the physical aspect, his verticality with the ball…”, Ancelotti has said of him. The coach has had a lot to do with his final explosion. Now, Valverde is in the elite.