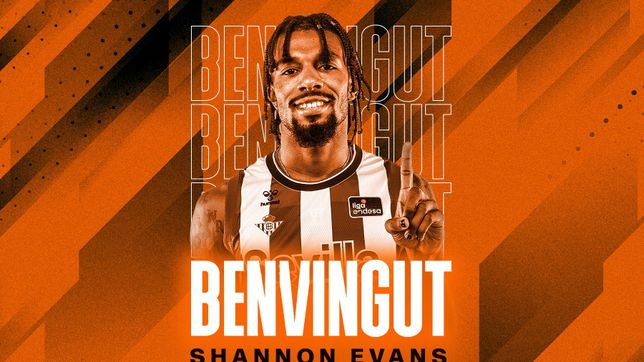 The soap opera ends with a happy ending for all parties. Shannon Evans will play for Valencia Basket for the remainder of the season and another one. The club incorporates one of the most talented point guards in the League just at the moment in which his position of ‘1’ is more diminished by injuries. For his part, the player signs for a Euroleague teamwhich was one of his aspirations, and also another year of contract is secured, until 2024. For its part, Betis, although lose their franchise playerenter a good amount of money to be able to sign and try to save himself of descent.

Finally, the amount requested by Betis, initially, one million euros, for the Sevillian team to transfer the American player, with a Guinean passport, has not been reached, far from it (he does not occupy a non-EU place due to the Cotonou agreement). In fact, Valencia thanks in the statement Betis’ willingness to negotiate the transfer and highlights “the firm will of Shannon Evans to wear the Valencia Basket shirt It has been a fundamental element for this transfer to be carried out”.

With the arrival of Evans, Valencia incorporates one of the best players in the Endesa League. His numbers attest to this: 21 average pointsor with 36.3% in triples, to which he adds 2.2 rebounds, 5.5 assists and 1.9 recoveries to be the most valued player in the competition (21.4 credits). In his first season in Spain, 2021-22, he led the League in assists (6.8) and was chosen in the Second Best Quintet of the Endesa League.