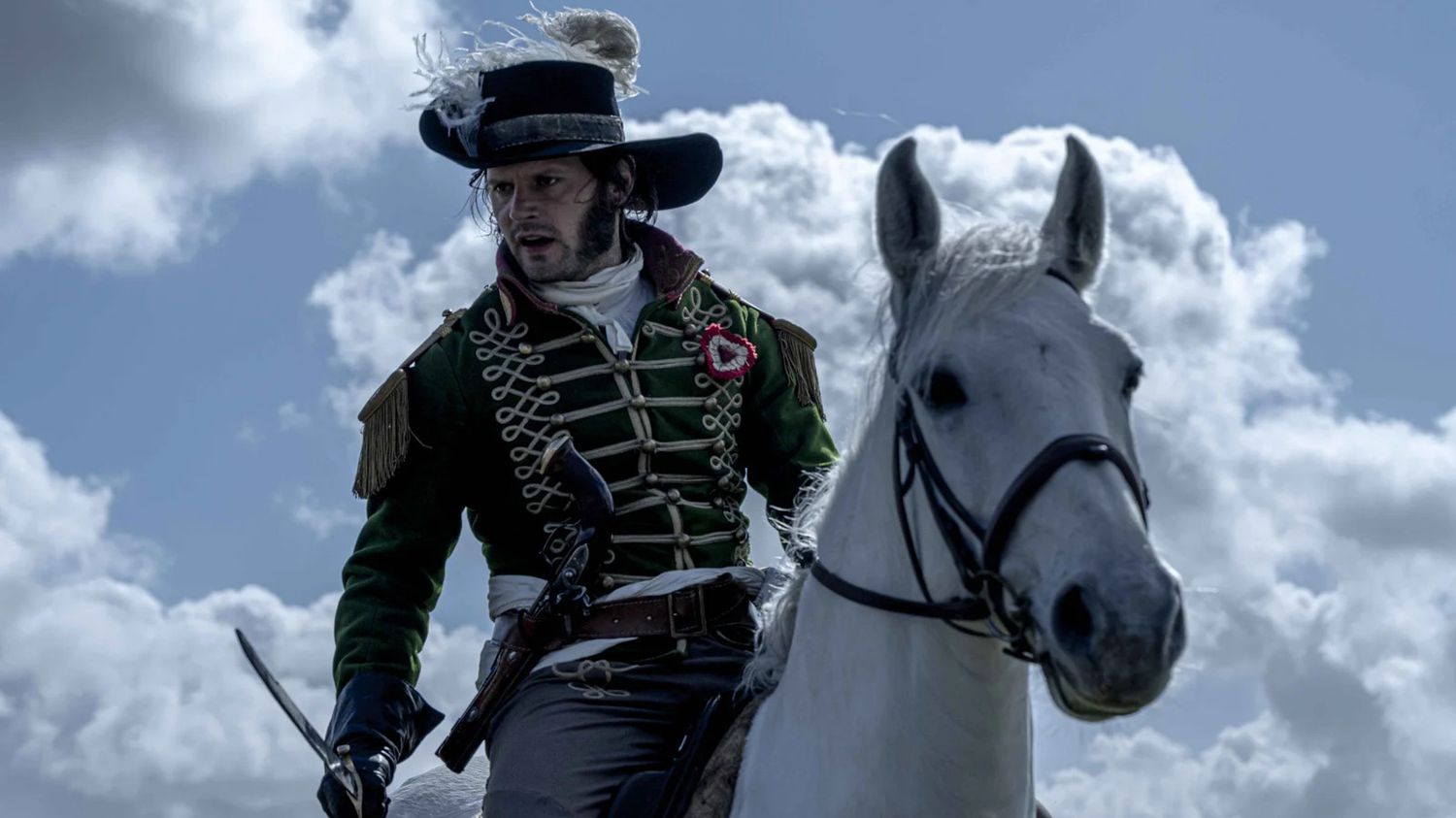 The theatrical release on Wednesday January 25 of the first feature film produced by Puy-du-Fou, to the glory of the counter-revolution and royalism, co-distributed by a specialist in “Christian” films, testifies to the growing ambitions of these actors in the 7th art.

A hagiography of “Charette”

Win or die traces in 1h55 the fight of François-Athanase Charette de La Contrie, known as “Charette”, one of the figures of the Vendée wars during the Revolution, interpreted by the actor Hugo Becker (the agent André Merlaux in the series At the service of France). The film, which dreams of bringing together 100,000 spectators, is intended to be a great spectacle, with many combat scenes against the Republican troops who do not hesitate to put down the royalist insurrection. Win or die exalts the virtue of a group of fighters who see themselves as “the last ramparts of a 1000 year old royalty“, as one of the on-screen characters states.

This plunge into the post-revolutionary tumult is a trial run for the cinematographic ambitions of Puy du Fou, the Vendée amusement park renowned for its historical frescoes, founded by the former sovereignist politician Philippe de Villiers. His son Nicolas de Villiers wants to capitalize on the success of the park with two million annual visitors to produce several films “big show, family, with an international dimension and which have in common to be inspired by History“.

With its budget of less than 5 million euros, Win or die is inspired by the park’s flagship show and was “at 95%“Shot on site, in winter, with its horses and sets, a way to optimize the budget. “These are historical fiction, not history lessons.“, specifies the leader to AFP, even if Win or die opens with interviews with personalities presented as specialists of the period. “We don’t have a political line“, he assures: “we are artists, what interests us is to make people dream with beautiful universal stories“.

As it concerns Win or diethe displayed neutrality is swept away by the historian Guillaume Lancereau, co-author of the book Le Puy du Faux – Investigating a park that distorts history : “the film carries an anti-republican, catholic and royalist vision“of history, he analyzes, alarmed at the claims”educational“of the feature film with teachers in particular. Speaking of a desire”extermination“Vendeans, by staging”the ubiquitous aristocratic values, the word given and the blood shed” or by presenting the people as in search of a saving leader, the film offers a vision “politically oriented“, he explains to AFP. Release who this Tuesday, January 24 makes his front page on the film, describes it as “a strange thesis object entirely committed to the defense of what was better before (when France was a Catholic monarchy)”.

Another peculiarity of Win or die is to be distributed, in addition to StudioCanal (Vivendi group controlled by Vincent Bolloré), by Saje, a small actor (11 employees, 1.5 million euros in turnover) with great ambitions in terms of “Christian cinema “. His speciality ? Promoting Movies”faith-based” to the faithful of parishes, private schools, etc. Saje notably distributed the latest film by Gad Elmaleh Stay a bitwhere he recounts his spiritual journey to Catholicism, or the anti-abortion film Unplannedwhose broadcast on C8 caused controversy in 2021.

The trend of “confessional cinema”

Saje will move on to production: “we have about ten projects in development“, explains to AFP its leader, Hubert de Torcy, who is aiming for a “niche“, a Christian audience “not super cinephile“but interested in”everything related to faith”. “The market in the United States is huge, with films sometimes caricatural and Manichean, not always adapted to French audiences“.

A sector still confidential in France, but in case of success, a feature film like Win or die could help change that. “This tendency towards confessional cinema is part of the long term“, analysis for AFP Yann Raison du Cleuziou, researcher at the University of Bordeaux. “The Catholic Church in France has positioned itself for a long time in the production of edifying fiction to christianize mentalities“, especially in the press and publishing.”This ambition returns today“, he continues, against a backdrop of changes linked to the place occupied by the Church, faith and conservatism in societies.