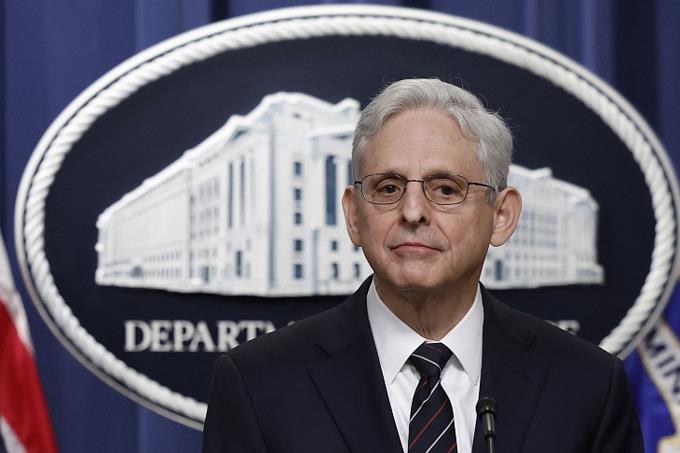 The United States Department of Justice sued Google on Tuesday for its dominance in the online advertising marketkicking off a new legal battle against the California-based tech giant.

"Google used anti-competitive meansexclusionary and illegal to eliminate or severely diminish any threat to your dominance over digital advertising technologies"indicates the demand.

The department and eight states, including California and New Yorkask the courts to condemn the Californian company for violating competition law, make it pay damages and order it to sell its activities related to the sale of online advertising space.

The lawsuit accuses Google of illegally maintain a monopoly what has "corrupted legitimate competition in the ad tech industry". "The damages are clear: Website publishers earn less and advertisers spend more"it states.

According to her, the group rakes in more than a quarter of all digital ad spending and more than half of ad revenue supported by online searches.

Google’s advertising transactions generated more than 200,000 million dollars in sales in 2021 and is parent company Alphabet’s biggest earner by a wide margin.

Google has vehemently denied being a monopolysaying that rivals in the online ad market include Amazon, Meta (owner of Facebook, Instagram and WhatsApp), and Microsoft.

The Department of Justice (DoJ) is trying to identify "winners and losers" in the digital advertising sector, which "it is already very competitive"a Google spokesperson reacted in an email.

The demand "doubles down on a flawed argument that would slow innovation, increase ad fees, and make it harder for thousands of small businesses and publishers to grow"he added.

According to the Computer and Communications Industry Association (CCIA), which represents the industry, the DoJ must take into account the entire advertising market, not just the digital part.

"The government’s claim that digital ads do not compete with advertising in print, radio, television and street signs defies reason"he pointed.

But for the DoJ and the eight states, it is the internet that is at stake. "An open and vibrant internet is essential to American life."upholds the claim.

The plaintiffs argue that digital ads are necessary to fund websites, and that they are "bought and sold in large volumes in fractions of a second"in a very different way than how print newspapers or television networks operate.

They claim that Google has abused its dominant position to exclude its rivals, in particular "systematically taking control of a wide variety of high-tech tools used by publishers, advertisers and other market participants".

– "Google should be concerned" –

"In its quest for inordinate profits, Google did a great disservice to online publishers, advertisers, and American consumers."US Deputy Attorney General Lisa Monaco said in a statement.

This is the second lawsuit launched by the DoJ against the Californian group since the inauguration of President Joe Biden two years ago.

The first, which relates to its search engine domain, is due to go to trial this year.

Google has already been fined in the past for violating competition law, in particular by the European Union.

In the United States, the company is facing lawsuits launched in late 2020 by a coalition of states led by Texas. According to their allegations, Google sought to eliminate competition by manipulating sales in ad auctions.

"Google should be concerned"says analyst Mitchell. The company "could be forced to sell part of its advertising business".

Biden recently called on Republican and Democratic lawmakers to agree on rules for better regulate the practices of tech giants.