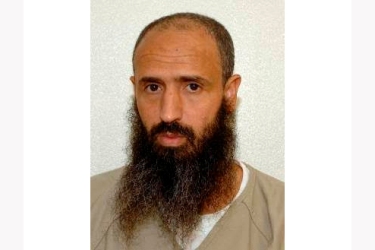 One (small) step towards a possible closure of Guantanamo. On Monday, July 19, the United States returned a Moroccan detained in Guantanamo to his native country. This is the first transfer made under Joe Biden. Abdellatif Nacer, born in 1965 in Casablanca, joined al-Qaeda forces in Afghanistan, where he fought the US army in 2001. He was handed over to Moroccan authorities on Monday morning, according to the Pentagon.

In Rabat, the courts announced the opening “of an investigation with the person concerned for his alleged involvement in the commission of terrorist acts”. “The legal effects will be determined by the Public Ministry in light of the results of the investigation”, the prosecution said in a statement.

His transfer brings down the number of detainees to 39 in the infamous military prison erected in 2002 at the US military base in Guantanamo, Cuba, to house prisoners of war suspected of being complicit with al Qaeda. Ten other prisoners, who are no longer considered a threat to US national security, have already received their release vouchers and another 17 may join them. The departure from Guantanamo depends on the willingness of their country of origin or a third country to receive them.

Barack Obama had ordered the closure of Guantanamo in January 2009, when he came to power, with the idea that the detainees would be tried by civil courts. But the decision, very unpopular, was blocked in Congress. Barack Obama then preferred to discreetly release hundreds of detainees. These releases were stopped by Donald Trump. They have been taken over under Joe Biden, five inmates, and their release has been approved since January. “Our goal is to close Guantanamo Bay”, Joe Biden’s spokeswoman, Jen Psaki, reaffirmed on Monday, without putting forward the date for the closure of the military detention center.