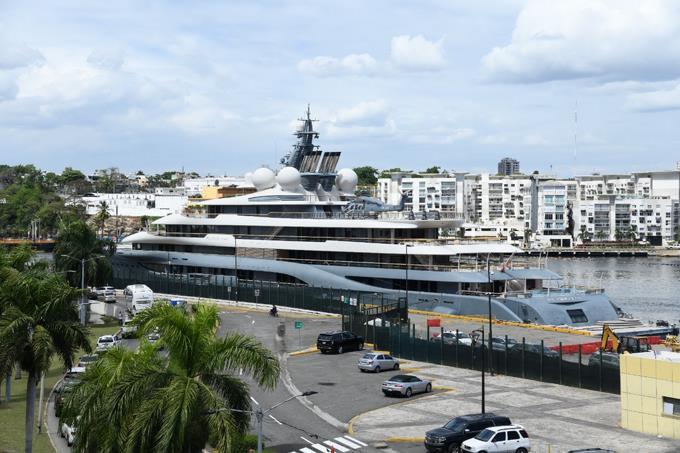 The Justice Department announced charges on Friday against Russian and British businessmen accused of helping a Russian oligarch, Viktor Vekselberg, hide his ownership of a luxury yacht in violation of US sanctions.

Vladislav Osipov, a dual Russian-Swiss national, and Richard Masters, a UK citizen, face charges of conspiring to defraud the United States and commit crimes against the United States, violation of the International Emergency Economic Powers Act and money laundering. capitals, CNN has reported.

The seizure, carried out by the Justice Department’s KleptoCapture task force, is one of the latest moves by the US government to increase pressure on Russian President Vladimir Putin and his closest allies over their invasion of Ukraine.

"Businesses and executives have a choice: they can participate in the global effort to root out corruption, sanctions violations and money laundering, and enjoy the benefits of rapid and comprehensive cooperation; or they may, as Osipov and Masters have allegedly done, try to protect themselves and their clients behind a veil of fraud."declared the director of the working group, Andrew Adams.

"These men made their choices and are now facing the consequences of a failed attempt to profit from a sophisticated transnational criminal enterprise, rather than confronting it."has added.

Masters, who ran a yacht management company in Spain, allegedly used a false name for his yacht in the United States to hide it from US institutions, allowing what prosecutors say were "hundreds of thousands of dollars in transactions" for the yacht that otherwise would not have been allowed, according to the aforementioned newspaper.

Vekselberg’s yacht was seized by Spanish security forces in April, at the request of US authorities, for alleged money laundering, violation of sanctions legislation and bank fraud.