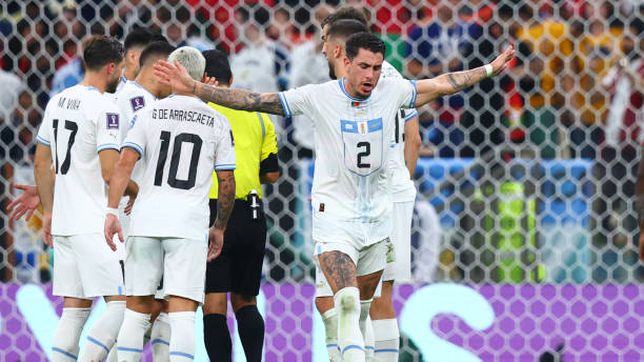 The defeat (2-0) of Uruguay against Portugal has left the team he directs with water up to its neck Diego Alonso. It is one of the three teams that they have not marked of the 32 World Cup players and is bottom of group H. Of course, He still has the classification in his hand. They need to beat Ghana and Korea not beat Portugal. If the Asians win, Uruguay must win by two more goals difference. And all that in one climate of tension in the selection that yesterday the president of the AUF, Ignacio Alonso, wanted to reduce. “There is tranquility and a good climate in the group”, he commented in channel 12 the maximum mandator of the charrúa soccer.

Alonso’s statements appear to close ranks in a group that is on the edge. After the defeat against Portugal, Giménez and Cavani exploded in heat. “The same thing happened against Korea, we did not go out to winwe entered doubtfully with our football… We have great players and We cannot contribute the football that we really have”, said the athlete in clear allusion to the approach of Diego Alonso. The Valencia striker was more explicit: “You have to ask Alonso, he’s going to be able to talk tactically.”

The storm exploded in the Charrúa sky but the president of the AUF believes that the words of the footballers were misrepresented: “They were interpretations of small fragments and the context of them is not appreciated”, And he was blunt: “There are no internal (fights). No way. I can guarantee it.” Lastly, she demonstrated confidence in the group. “There is unease and pain but there is confidence in the potentiality of the campus to reverse the situation. There is one game left and there are possibilities, ”he finished.