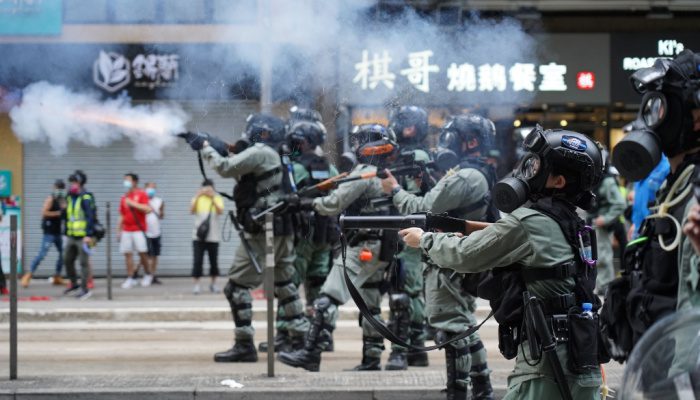 It seems that the bitcoin (BTC) price has stabilized somewhat above $16,000, but unrest on the other side of the world may throw a spanner in the works. There is a lot of unrest in China and this is causing fear in the markets. According to a Kitco News analyst, this turmoil could mean that BTC could fall well below $16,000.

Jim Wyckoff of Kitco News is concerned about the situation in China and the effect this unrest may have on the markets. He argues that the scenario in which bitcoin could fall back below $16,000 is quite realistic:

“While the BTC bulls have stabilized prices since hitting a two-year low last week, the bulls are disappointed that the BTC prices have seen no safe-haven demand during China’s unrest over the weekend. The BTC bears have an overall short-term technical advantage. However, the recent sideways price action is very slightly in favor of the bulls.”

There are currently great social tensions in China due to the government’s COVID-19 policy there. This could have major consequences for China’s economy, which could then spill over to Western countries.

The after-effects of FTX

This coupled with the recent demise of ftx, the unnoticed consequences of which are very likely to emerge, means that the macroeconomic situation for the bitcoin price does not look very positive. Does that mean that we are guaranteed to fall further? At least. It is also possible that the bulls take control and BTC can at least hold the $16,000 level.

Still, it is a fact that unrest in China is adding fuel to an already frightened market, and analysts indicate that they certainly cannot rule out further declines.

Crucial area of #Bitcoin couldn’t break, so we’re still consolidating within that range.

If this is lost, I’d expect new lows to be seen on the markets, probably depending on China & FTX contagion this week. pic.twitter.com/hWp1BF8peB