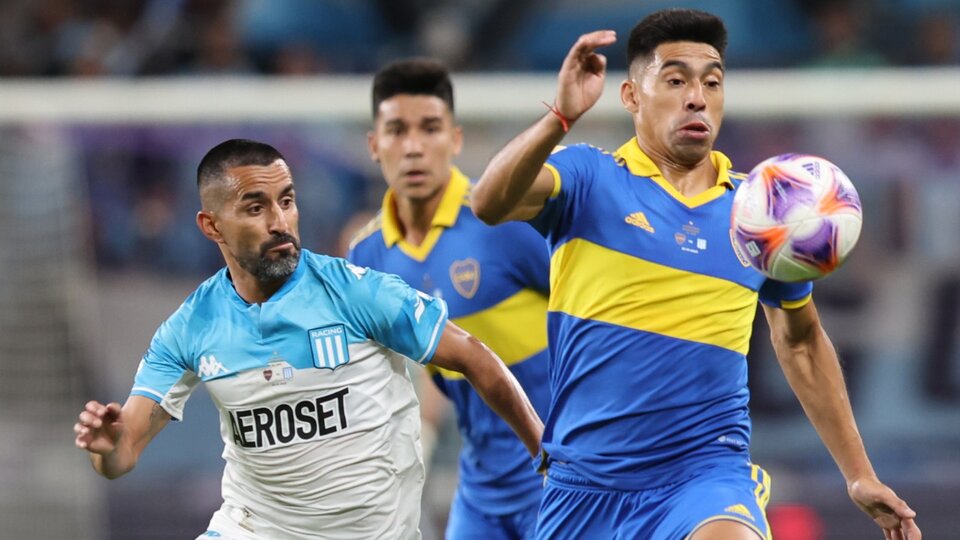 Never throughout its glorious history has Argentine soccer put as many titles at stake as it will put on from 2023. Racing has already won the ineffable International Super Cup against Boca that was held on Friday in Al Ain (United Arab Emirates). This week the Argentine Cup and the Professional League Championship will begin and it is possible that finally in March, Boca and the Board of Trustees will define the Argentine Super Cup. In the second semester, the League Cup and the Champions Trophy will arrive and They will total six local competitions in the year, a number that no other country currently reaches. England plays four, Spain, Italy and Brazil three.

But the list does not end there. Thirteen clubs will also participate in the Libertadores and the Sudamericana with the curious fact that the team that occupies the third position in each of the Libertadores groups will advance to the round of 16 of the Sudamericana. If he wins it, he will play the South American Super Cup. The overpopulation of tournaments reaches such an absurd extreme that if that same team were to win the Championship, the League Cup or the Argentine Cup internally, it could play nine tournaments so far this year. And he would have nine chances to be champion.

This far it has brought us the unleashed capitalism of football, which has always needed to multiply matches and cups in order to sell more and better television rights. But to the voracity of television channels and sponsors, always looking for great shows to associate their brandsin recent times the brazen power of petrodollars has been added. Qatar spuriously bought the 2022 World Cup, Saudi Arabia brought the Italian and Spanish Super Cups and The United Arab Emirates, not to be outdone, signed a four-year agreement with AFA to set up this International Super Cup. The important thing is to collect.

With the shine that winning the World Cup gives him, it is clear that AFA did not want to stay on the sidelines of that wave of green tickets. And he created a Cup that also allowed him to sell new transmission rights outside of those already committed. with the three groups (ESPN-Disney, TNT and TyC Sports) that broadcast local tournaments. Be that as it may, more championships and cups and more happiness forced by the arrogance of money do not necessarily lead to more attractive football.

In the last 50 years, boxing has quadrupled its world titles and I create countless minor championships. And that expanded the business (the WBA came to have three champions per division). But it did not prioritize the activity or give it credibility. The audience that pays for tickets and expensive television subscriptions is not confused and knows perfectly well which are the titles that are really worth it and which are filler. The leaders and executives of large corporations believe the opposite: that becoming champion is a condition that can be bought and sold for a few dollars.

Cardano will soon undergo major major update, this is going to happen