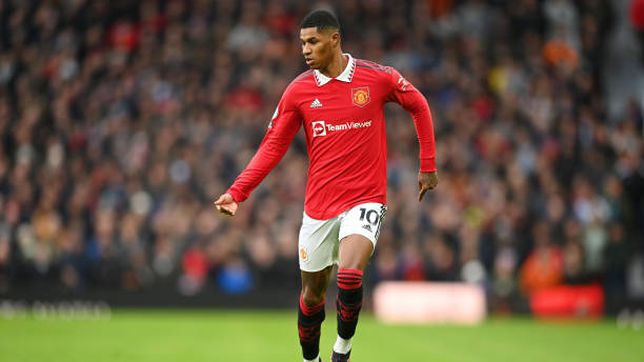 Manchester United is back and one of the main culprits for this good form of the English club in Rashford. The attacker accumulates 16 goals this season among all competitions. The striker is emerging as a great scorer and is essential to the Ten Hag scheme. The Manchester team decided to activate before the end of 2022, a clause in his contract that allowed him to extend his relationship with the club for another year, without having to negotiate with the player.

Rashford has a contract until 2024 after United activated the clause and there is a team that is especially attentive to his situation, PSG. He is one of the forwards in fashion and he will not be short of offers to go out in the summer. He currently receives a salary of 225,000 euros per week, making a total of almost 12 million euros per season. Figure, which falls short compared to his performance and that United is willing to raise.

The Manchester team wants to renew him, but not at any price. The English club wants to change its salary format and does not want to pay stratospheric salaries and will activate the ‘Cristiano Rule’, not pay more than 338.00 euros per week, which translates to 18 million euros a year, a salary that the Portuguese received before go to Al Nassr. That will be the salary that he will offer the English forward to try to keep him playing in Manchester.

This rule also affects De Gea, since that amount exceeds by far, reaching 400,000 euros per week, but in the renewal that they propose it will drop to 250,000. Now the ball will fall on Rashford’s roof, who will be the best paid in the English team, but without getting a stratospheric salary, compared to what PSG can offer him. The United-PSG war for Rashford has just begun.

Wahab Riaz praised Iftikhar Ahmed after hitting 6 sixes in one over, know what he said