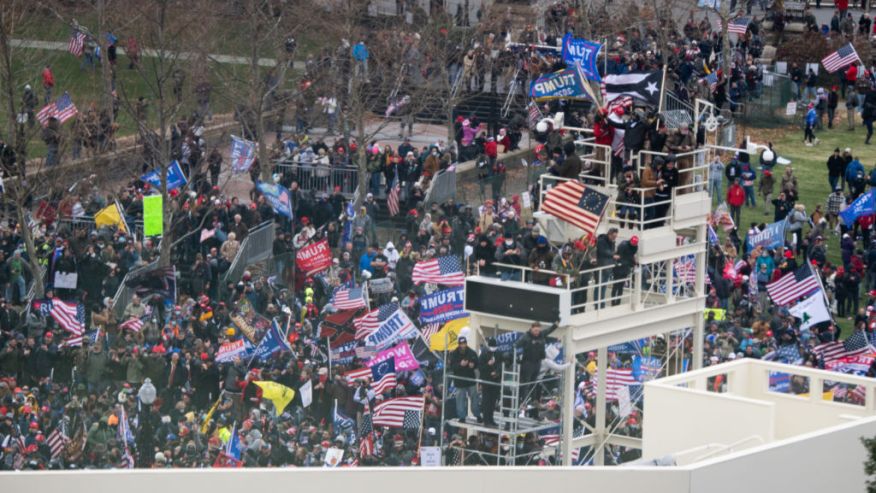 He doesn’t let go. “We will never give up. We will never give in defeat”, stated Donald Trump, Wednesday, January 6. The Republican president spoke to his supporters gathered in Washington, with the White House in the background, just before Congress met to certify the victory of Democrat Joe Biden during an exceptional meeting.

“We won this election and by a large margin”, hammered Donald Trump during his speech. Some Republican parliamentarians in solidarity with their crusade have promised to express objections, but they must not make the procedure unfeasible, the last one before the Democrat’s inauguration on January 20, because some of the elected conservatives will not follow them.

“There are so many weak Republicans who are pathetic”, commented the New York billionaire. The last hope for Donald Trump was that his loyal vice president Mike Pence, who will chair the session of Congress, will refuse to pronounce Joe Biden’s victory. “If Mike Pence does the right thing, we will win the election”, estimated Donald Trump. “If you don’t, it will be a sad day for our country” he added, suggesting that he doubted the attitude of his number two. “I will be very disappointed”. Minutes after that speech, Mike Pence, who has only a ceremonial role in the ceremony, said he would not refuse to certify Biden’s victory.

In the face of a crowd totally committed to his cause, Donald Trump rolled out his accusations against election results in several states, challenges that were rejected by the courts, local electoral authorities and even Bill Barr, his justice minister until ‘Christmas. “How can a country be governed by an illegitimate president?”, he asked.