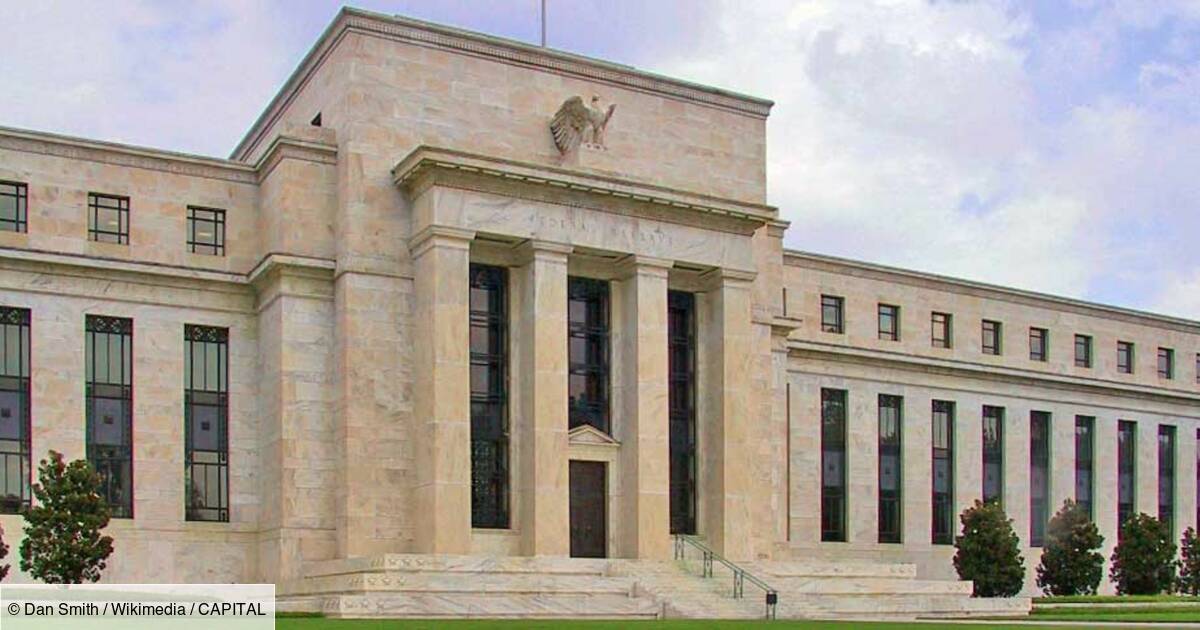 This is a first since 1994. The American central bank (Fed), “strongly determined to bring inflation back to its target of 2%”, on Wednesday June 15 raised its key rates by three quarters of a percentage point, i.e. the biggest increase for 28 years, in an attempt to control inflation that is stronger than expected. With this third increase in a row, these rates are now in a range of between 1.5 and 1.75%. The Fed also announced that it expects inflation to be 5.2% this year, against 4.3% projected in March, and will therefore make further hikes at its next meetings in 2022.

At the same time, it anticipates weaker economic growth than expected this year in the United States, at 1.7%, against 2.8% previously. It also expects the unemployment rate to be higher than expected at 3.7%, against 3.5% previously. “General economic activity has rebounded,” after contracting in the first quarter, the Fed noted in a statement after its meeting, citing “robust job gains in recent months and an unemployment rate remaining at a low level.

“Always a risk of going too far or not far enough”

But inflation remains “elevated reflecting pandemic-related supply and demand imbalances, higher energy prices and broader pricing pressures,” she added. The institution recalls that the invasion in Ukraine and the sanctions have created “additional upward pressure on inflation and weigh on global economic activity”. Additionally, the lockdowns in China have exacerbated supply chain issues. All of this is slowing down the US economy. “The Committee is highly attentive to the risks of inflation”, further underlined the Fed.

In the process, the president of the American central bank (Fed) underlined that the institution was not seeking to cause a recession to curb inflation: “Let’s be clear, we are not trying to induce a recession,” said Jerome Powell. “We are trying to bring inflation down to 2%, (and keep) a strong job market,” he told a news conference. “That’s what we’re trying to do,” he insisted. “Jay” Powell acknowledged that there was “always a risk of going too far or not far enough”. “We are very aware of the dangers, but I would say the worst mistake we could make would be to fail (to control inflation), which is not an option,” he added.

He hammered during the press conference that the leaders of the institution were “firmly determined to bring down inflation”, believing that they had to act “promptly”. “We have both the tools we need and the determination it will take to restore price stability on behalf of American families and businesses,” he said earlier. Inflation in the United States is at an all-time high. In May, it rose to 8.6% over one year, unprecedented in more than 40 years.

Cycling gets up early

Berlin, singled out, still refuses to deliver tanks to Ukraine