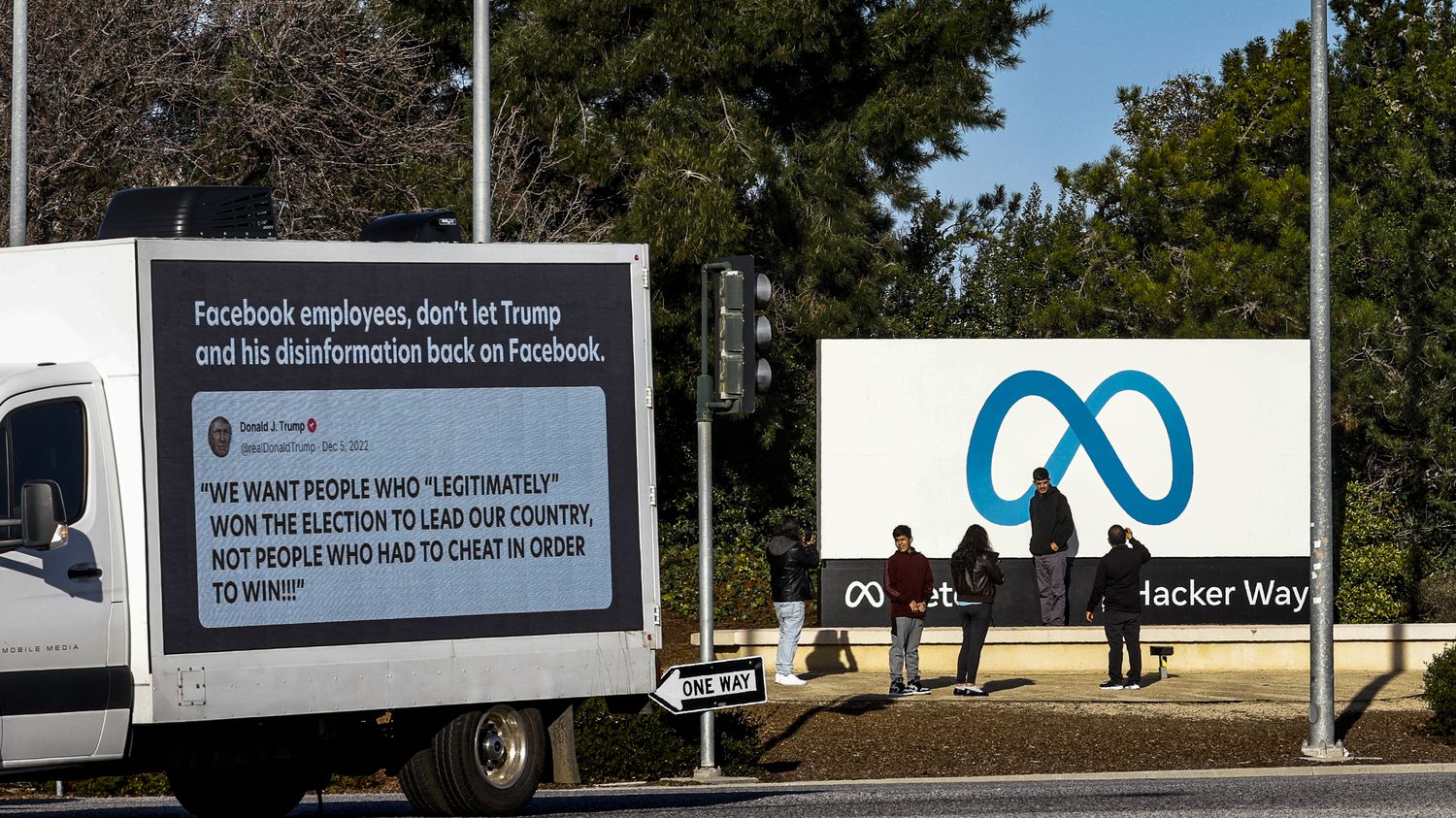 “The public needs to be able to hear what politicians are saying so they can make informed choices.” In these terms, the head of international affairs of the Meta group, Nick Clegg, announced in a press release, Wednesday January 25, “end suspension” Donald Trump accounts, on Facebook and Instagram.

The former American president, very present online, had his accounts suspended by Meta, owner of the two social networks, following the assault by his supporters on the Capitol, in Washington, on January 6, 2021. Facebook had then estimated that Donald Trump could only return when the “risks to public safety would have disappeared“.

“Such a thing should never again happen to a sitting president, or anyone else who doesn’t deserve punishment!”commented the Republican, candidate for the presidential election of 2024, on his Truth Social network.

The exclusion of Donald Trump has “distorted and restricted the public debate”, according to his lawyer

On January 17, Donald Trump had officially asked to be able to return to Facebook, calling not to “to silence a presidential candidate”, through his lawyer. By mail, Scott Gast had asked the founder of the platform, Mark Zuckerberg, “a meeting to discuss rapid readmission” of his client. “We believe that the suspension of President Trump’s Facebook account has radically distorted and restricted public debate.”he argued.

On November 19, four days after declaring his candidacy for the 2024 presidential election, Donald Trump was readmitted on Twitter by the new owner of the premises, Elon Musk.

Since then, the one who tweeted daily, and often abundantly, during his presidency, has not yet published a message on this account. He mainly communicates through his own platform, Truth Social.

Food as a public service