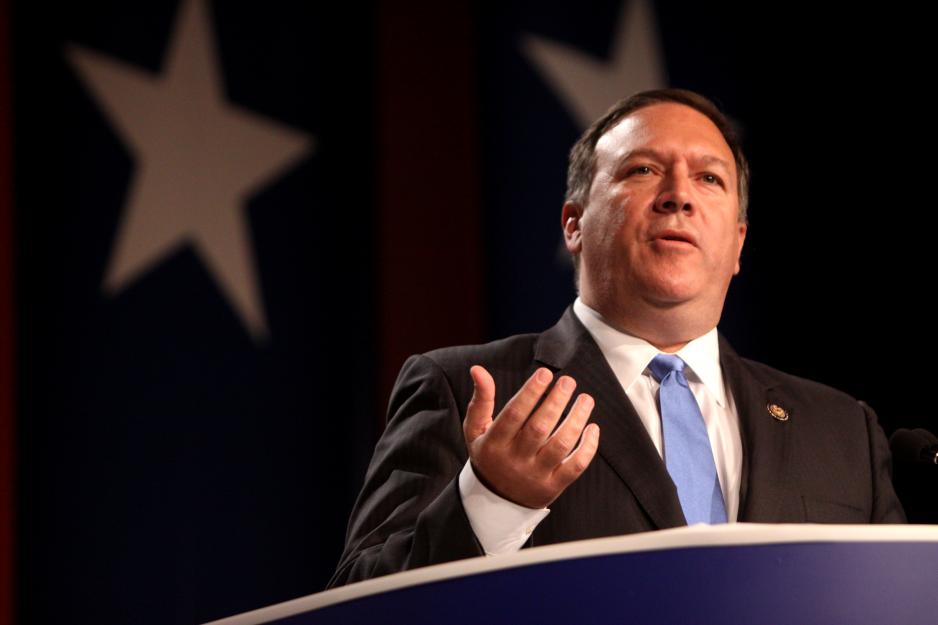 On the eve of the arrival of Joe Biden at the White House, outgoing US Secretary of State Mike Pompeo said on Tuesday that U.S felt that China was committing “genocide” against Uighur Muslims in the Xinjiang region.

“I think this genocide is still going on and that we are witnessing a systematic attempt by the Chinese party-state to destroy the Uighurs”, he added in a statement. He also mentioned “crimes against humanity” held “at least since March 2017” by Chinese authorities against Uighurs and “other members of ethnic and religious minorities in Xinjiang”.This decision, after an internal judicial process at the State Department, opens the way for new sanctions. Elected President Joe Biden had estimated before his election, according to a press release from his campaign team published in August, that the crackdown on this Muslim minority constituted “genocide perpetrated by China’s authoritarian government”.

“The United States urges the People’s Republic of China to immediately release all those arbitrarily detained and to end its system of internment and detention camps, supervised residences and forced labor”, insisted Mike Pompeo. According to foreign experts, more than a million Uighurs are being held in political re-education camps. Beijing denies and claims that these are vocational training centers designed to distance itself from terrorism and separatism after attacks attributed to Uighurs.

For two years, Donald Trump’s government accused China of carrying out a brutal repression campaign in this northwestern region of the country. Mike Pompeo estimated in March 2020 that it was “the worst spot of this century” and had already announced several rounds of sanctions against Chinese authorities. The accusations about Xinjiang also fueled the increasingly tough confrontation that recalls a new cold war between the two main powers on the planet, led on the American side by the falcon Pompeo.

Washington also asked on Tuesday the international community “to join the United States” in its effort “To hold those responsible for these atrocities to account”. “If the Chinese Communist Party is allowed to commit genocide and crimes against humanity against its own people, we can only imagine what it will have the courage to do to the free world in the not too distant future”, warned the man who has spent his last 24 hours as the head of American diplomacy, and who has repeatedly summed up the impasse with China as a struggle by democracies against “tyranny”.

Tuesday’s announcement therefore constitutes a final demonstration, in extremis, of his firmness towards Beijing, at a time when members of the future Joe Biden government, sometimes suspected by the Republicans, are being too “weak”, also statements to prove that they will face the Asian giant.

“We can win the competition with China”, the next secretary of state, Antony Blinken, was due to insure Tuesday in the Senate. “We must combat China’s abusive, unfair and illegal practices” in trade, added future Treasury Secretary Janet Yellen, repeating the accusations made by the Trump administration.

A little later, Tuesday, the future Secretary of State for Joe Bien said that he shared the accusation of “genocide” perpetrated by China against Uighur Muslims. “It is also my opinion,” replied Antony Blinken during a parliamentary hearing to a senator who asked him if he was well enough to evoke “genocide”.

Miralles: “Over time they will talk about us”