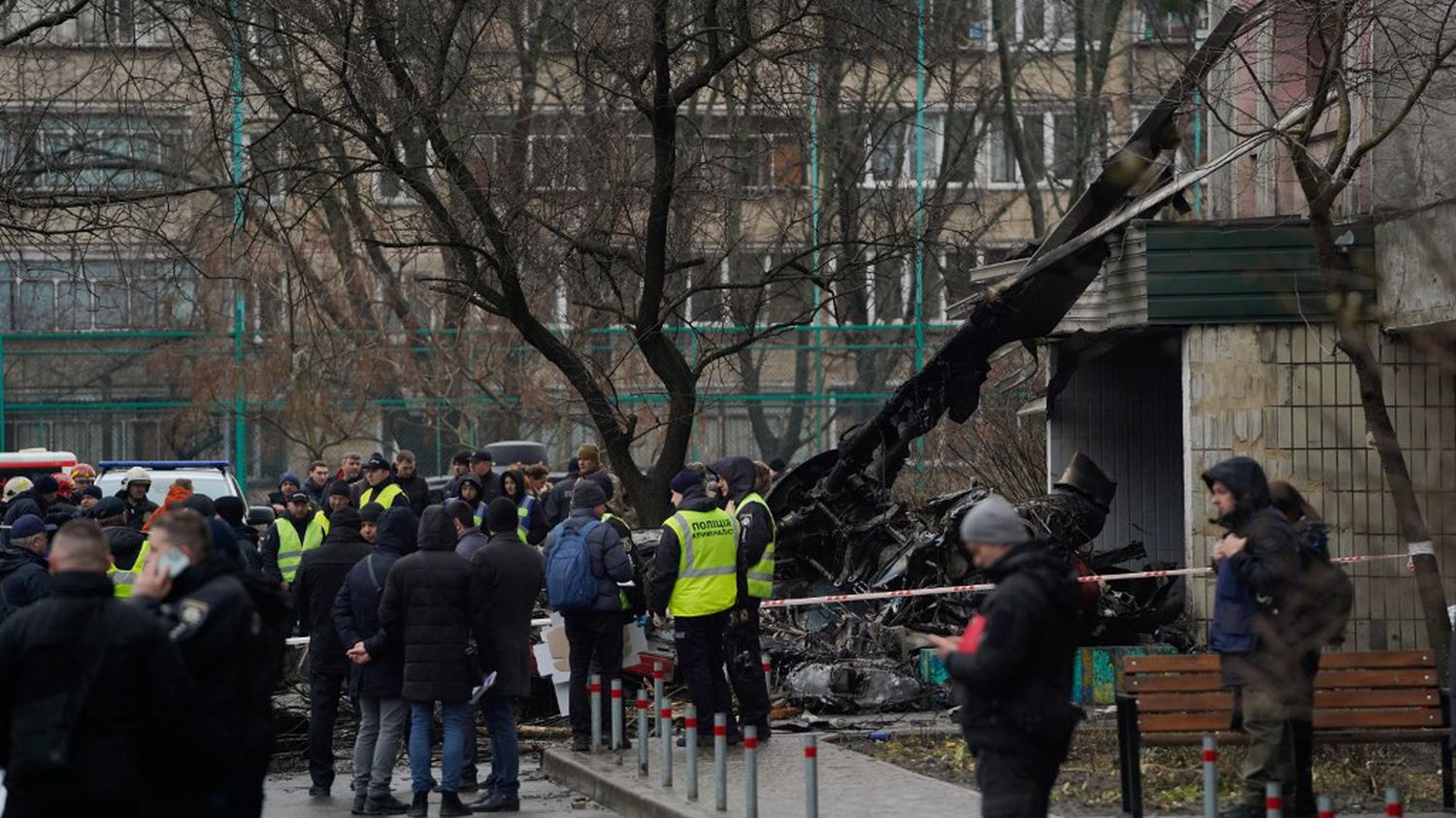 Ukraine is again in mourning. Four days after the Russian bombardment of a building in the eastern city of Dnipro, a Ukrainian helicopter crashed in the suburbs of kyiv on Wednesday morning. 14 people lost their lives in this accident, including Interior Minister Denys Monastyrsky. Here are the main information to remember this Wednesday, January 18.

Denys Monastyrsky, 42, Minister of the Interior, was killed with at least 13 other people, according to the latest report from the Ukrainian presidency, in this accident which occurred in Brovary, in the suburbs of the capital, on Wednesday January 18. The helicopter crashed near a kindergarten and an apartment building. The latest report from the emergency services also reports 25 injured, including 11 children. The “circumstances” of this accident are “in development”said the governor of the kyiv region during the day. Volodymyr Zelensky expressed his “unspeakable pain”. Emmanuel Macron declared himself “saddened by the tragic death” of the minister. US President Joe Biden lamented “a heartbreaking tragedy”.

Lhe Alliance Secretary General Jens Stoltenberg has announced that the allies are to meet in Ramstein, Germany, on Friday. “within the U.S.-led Ukraine Contact Group”. Discussions will focus on a “increased support with heavier and more modern weapons” sent to kyiv, he told the World Economic Forum in Davos, Switzerland.

The United Kingdom has already promised 14 Challenger 2 heavy tanks and Poland says it is ready to send 14 German-made Leopard 2 tanks, if Berlin, which is still hesitant, authorizes their re-export to Ukraine. By videoconference during the Forum, Volodymyr Zelensky launched a “call for speed” in the decision-making for aid to Ukraine for the German Chancellor Olaf Scholz in particular. “Tyranny advances faster than democracies”, he launched.

At the same time, Canada announced that it would donate 200 armored personnel carriers to the Ukrainian forces to respond “to a specific need expressed by Ukraine”, said the Canadian Minister of Defense during a visit to kyiv.

Despite several major military setbacks, Vladimir Putin considers that thehas victory “is guaranteed”. “I have no doubt about it”, said the Russian president during a trip to an arms factory in St. Petersburg, Which could help Russia, according to Vladimir Putin, “It is the unity of the Russian people, the courage and heroism of our soldiers (…) and, of course, the work of our military and industrial sector”, he hammered. And to insist: “Victory will be ours”.