Ukraine, the new war of a battalion of Chechen veterans 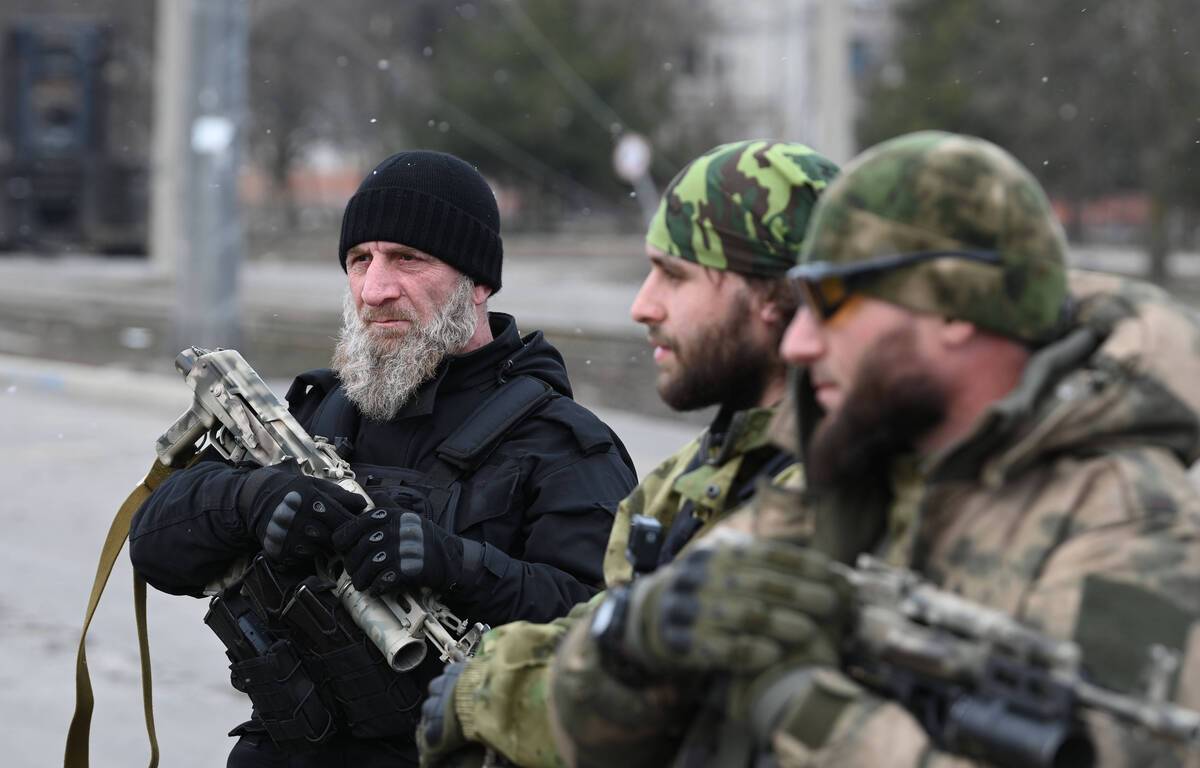 In 2014, Ukraine saw the birth of the Sheikh Mansour Battalion, founded after the annexation of Crimea, and composed mainly of veterans of the Chechen wars. The group was named after a Chechen military commander against Russian expansion into the Caucasus in the 18th century, a reminder that his people’s thirst for independence was not new.

They would be a few hundred of these veterans, shaved heads and long beards, to have voluntarily converged on Ukraine since the start of the Russian invasion on February 24, in order to lend a hand to kyiv and fight Moscow.

Other Chechens, loyal to the Kremlin

Not officially integrated into the Ukrainian army, these Chechens are equipped with material recovered from the enemy. They are fed by the local population, mostly Orthodox, who seem to see them rather favorably. But how many are there exactly? And where are they positioned? The members of the Cheikh Mansourt battalion do not wish to say so or reveal their exact identity, to protect their relatives, who have remained in Chechnya, from reprisals.

Because just on the other side of the front line are other Chechens, loyal to the Kremlin and recruited into “Kadyrovtsy” commandos. These militias of sinister reputation are deployed alongside the Russian army. We are talking about 8,000 men, an unverifiable figure. “We want to show that not all Chechens are like them, but many of us see Russians as aggressors and occupiers. I decided to join the battalion to clear the honor of the Chechens whom Moscow is trying to pass off as terrorists,” explains Islam, a 33-year-old dissident who has taken refuge in Poland.

For members of the militia, the war in Ukraine feels like deja vu. “It’s like a trip down memory lane, a continuation of what started in the Caucasus,” says Islam. The Chechen capital, Grozny, suffered the same fate as Mariupol, crushed by Russian bombs more than two decades ago.

Chechnya, a small republic with a Muslim majority, has been ravaged by two bloody wars. The last, triggered by Vladimir Putin in 1999, resulted in the installation at its head in 2007 of the formidable Ramzan Kadyrov, accused of repressing his detractors. As a result, a Chechen diaspora, estimated at 250,000 people, has formed in Europe, Turkey and the United Arab Emirates.

“The way the government looks at us has changed”

Many Chechens residing in Europe having joined the ranks of the Islamic State organization in the past, the Ukrainian authorities have long remained skeptical of this support. Some have been placed on a terrorism sanctions list by pro-Russian elements in power, because they are wanted by Interpol at the request of Moscow.

“But all of that was before the invasion and now the government’s view of us has changed,” Islam said. To the point that Christians also fight in the battalion, now seen as an “ally” and that some Ukrainians prefer to join it rather than join the ranks of the army.

Confirmed: Spain will not be in the 2023 World Cup

Average spending in Spain during Black Friday has not fallen