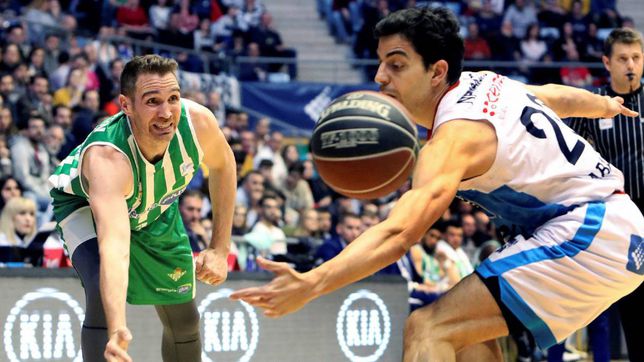 Real Betis Basketball and Txemi Urtasun have reached an agreement for the Navarrese guard to temporarily reinforce the Betis team, “very punished by injuries throughout the season,” the Verdiblanco club reported this Friday.

Txemi Urtasun has played 300 games in the Endesa League in teams like Estudiantes, Zaragoza, Unicaja and Obradoiro, among others; and last year he was part of Basquet Girona, a team that ended up being promoted to the Endesa League.

The man from Navarre had been helping in training since the beginning of the course and has now been registered with the ACB to reinforce Luis Casimiro’s team, reduced in strength due to injuries to Nzosa, Eulis Báez and the newcomer Luke Fischer, and the transfer to Valencia Basket of its best team, the American Shannon Evans.

The Minister of Defense of Ukraine, on his possible move to the Industry portfolio: “I would refuse”