The Spanish scientists Angela Nieto s Cristina Romera Castilloboth from CSIC, received their L’Oréal-UNESCO awards yesterday in Paris at UNESCO Headquarters For women in science 2022. These awards aim to give visibility to female talent in the scientific field.

Ángela Nieto (Madrid, 1960) received the highest recognition from the program, which highlights an eminent scientist in each of the five continents. This biologist from Alicante Institute of Neuroscience was chosen for its research on the embryonic processes involved in the development of various illnessesincluding cancer.

The jury highlighted that Ángela Nieto’s work on embryonic processes paved the way for the development of new therapeutic approaches in the field of cancer treatment and its dissemination to other tissues.

The jury highlighted that Nieto receives the award for his “fundamental discoveries about the way in which cells change their identity in the course of embryonic development. His work has paved the way for the development of new therapeutic approaches in treating cancer and its spread to other tissues.”

Along with Nieto, who won the prize for best researcher in Europe, four other scientists of international prestige were awarded: biochemistry Katalin Kariko, for North America; infectious disease specialist Maria Guadalupe Guzman Tirado, for Latin America; the neuroscientist Hailan Hu, for Asia and the Pacific; and public health specialist Agnes Binagwaho, for Africa and the Arab States. The prizes are endowed with 100,000 euros for each winner.

“Science gives us the freedom to explore with rigor and generosity, meet extraordinary people and feel part of an international community that works for a better world,” commented Nieto after receiving the award. The biologist thus becomes the second Spaniard to receive this prestigious international award, after biochemistry Margaret Chamberswho received it in the year 2000. 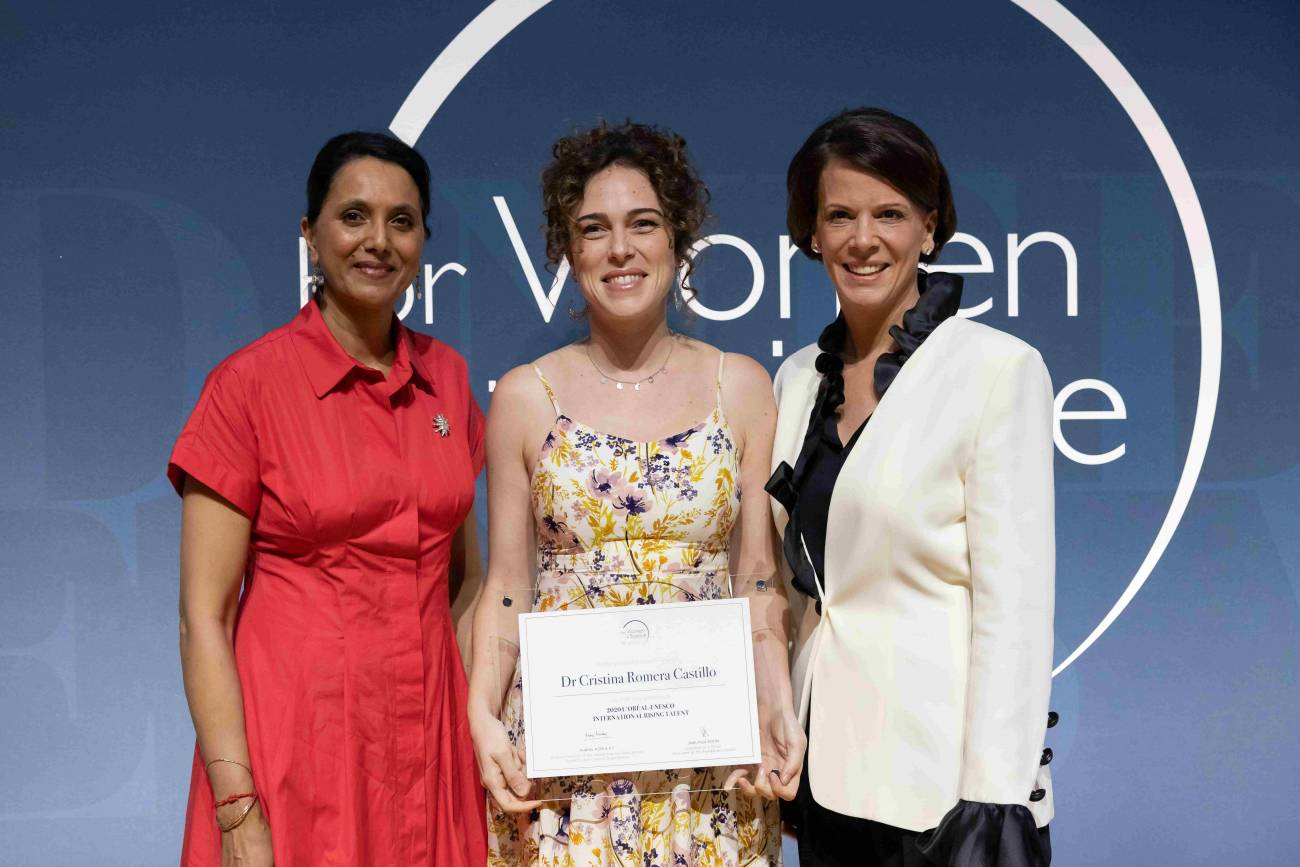 Emerging talent for the carbon cycle

For your part, Cristina Romera Castillo (Jaen, 1982), from the Institute of Marine Sciences of the CSIC, was recognized as International rising talent, an award that gives visibility to the most promising young scientists.

Romera was awarded for her research to understand the plastic impact on the marine carbon cycle and identify an alternative for its biodegradation. “This recognition will give me the platform I need to help motivate and inspire more girls and women who want to do science,” said Romera.

L’Oréal-UNESCO Awards For women in science Each year, they recognize the work of five women scientists for their outstanding careers and for their research in the life and environmental sciences.

Yesterday’s ceremony in Paris also paid tribute to 45 prestigious scientists from 35 countries, with the aim of valuing the scientific work of researchers, since, according to UNESCO, only 33% of the world’s researchers are women.