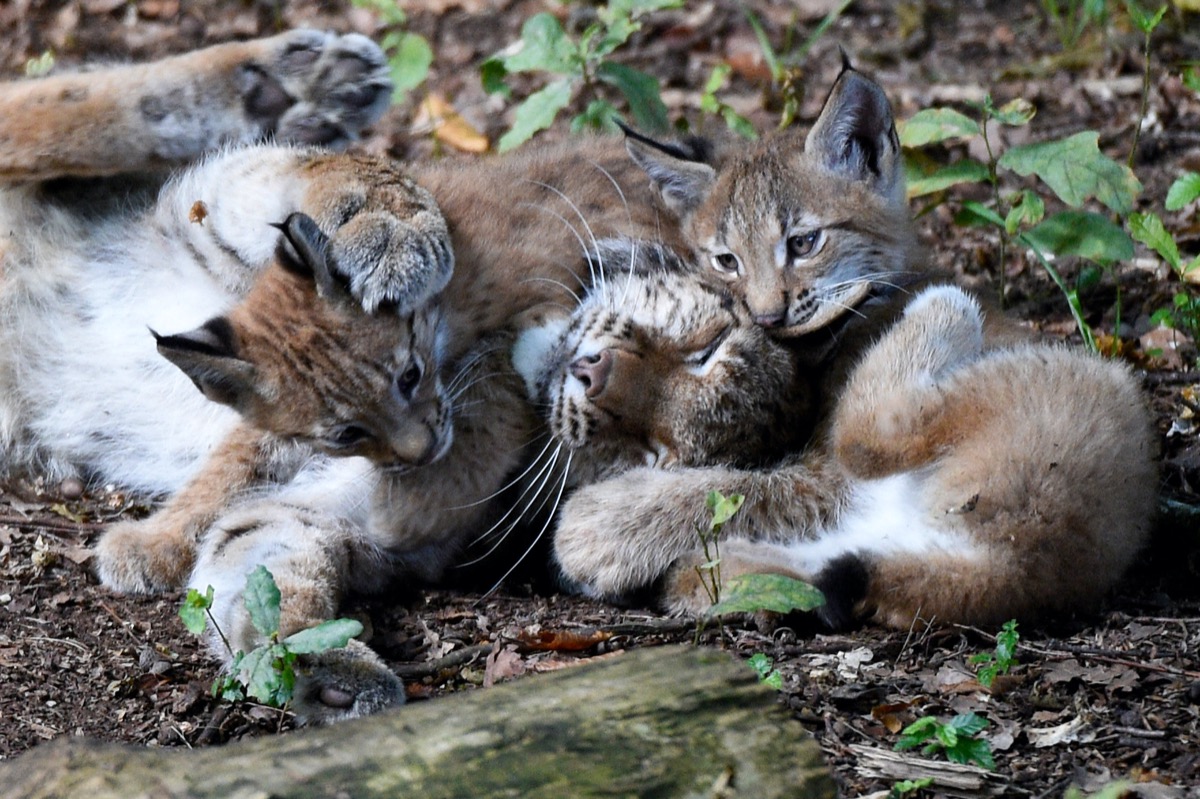 Eradicated in the 17th century in France, the boreal lynx is now classified as an “endangered” species on the national “red list” of threatened species. Good news, the reintroduction of a female in March 2020 just gave birth to two little felines in the Vosges mountains last spring.

At three months old this summer, their mother Lycka raises them in the desert. At age 10, it was released last year in Germany’s Palatinate border massif as part of a European reintroduction program, the French Office for Biodiversity (OFB) announced in early August. Walking freely between the Franco-Germanic borders, the female gave birth in the Vosges that had not occurred in the region since the 17th century.

The beige fur and large pointed ears define the characteristic features of the lynx, known to be the only large wild cats present on French territory. If the Jura is home to two thirds of the 150 boreal lynxes registered in France, we can also count in the Vosges, but also in the Alps.

According to the OFB, “it is international cooperation in favor of biodiversity that is bearing fruit”, recalling that the birth of this first litter since the lynx’s return to the Vosges represents “a new bearer of hope for the species”, even if its state of conservation is still “very precarious”. Reintroduced under surveillance in the 1980s, bobcats have been the subject of a national action plan by authorities since 2019.