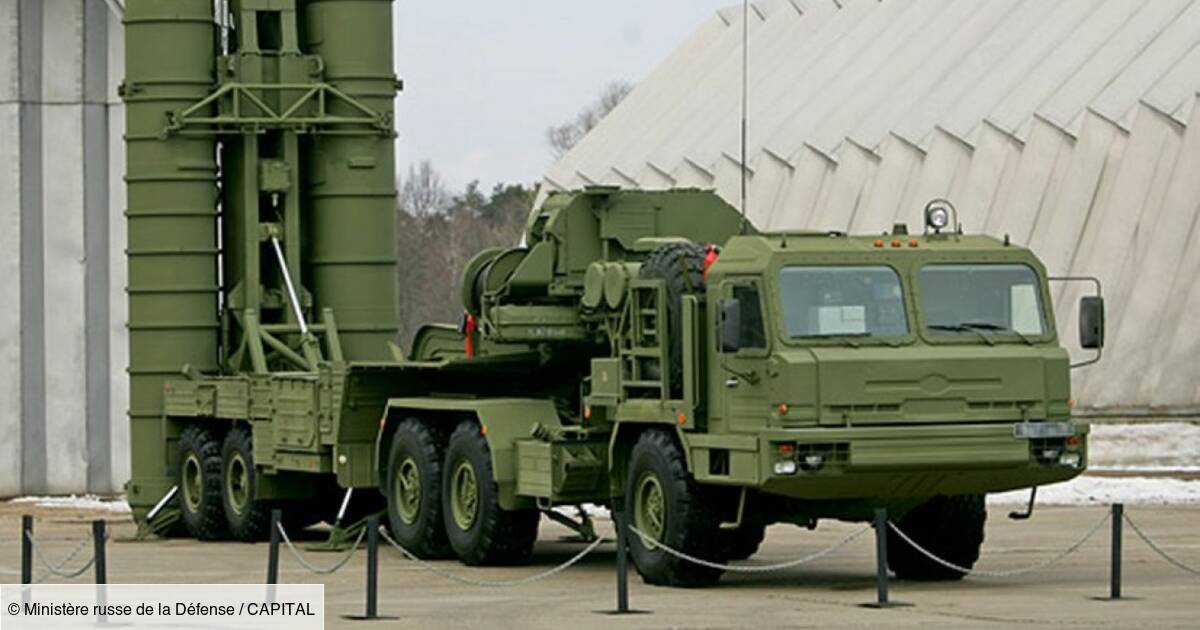 A cause of tension between Turkey, the United States and the rest of NATO. Ankara has said it is ready to use the famous Russian S-400 air defense system. According to the website Greek Reporter, this technology delivered by Moscow is in place and ready to be deployed if the country is threatened. Russia and Turkey had signed in 2017 the first contract for the purchase of S-400 batteries, worth 2.5 billion euros. Remember that Washington proposed to Ankara to abandon the acquisition of this technology for 100 billion euros, but that Turkey did not accept this proposal.

The S-400 is a mobile surface-to-air missile system developed by the Russian company Almaz. This technology was designed in the 1990s to replace the aging S-300, but it was really put into service from 2007. The platform includes a truck with one or more radars capable of detecting missiles or enemy aircraft in a radius of 400 to 600 kilometers. However stealth aircraft like the F-35 Lightning II are more difficult to spot and can be “seen” at a shorter distance of 150 kilometers. If a hostile device is detected by this technology, the data is sent to vehicles capable of firing interceptor missiles.

The S-400 can lock on up to 300 targets at the same time. In addition, the devices fired by this anti-aircraft system can hit enemy aircraft flying only 10 meters from the ground but also those flying over 30,000 meters above sea level. This defensive system is compatible with four different types of missiles. These are the short range 9M96E missile, the medium range 9M96E2 missile, the long range 48N6 missile and the very long range 40N6E missile. In addition, these weapons can intercept targets going at a speed of 4,800 meters per second. A real record compared to its American rival the THAAD, which can reach a target with a speed of 2,800 meters per second.

“New defense transactions between Turkey and Russia pose the risk of incurring sanctions,” a US State Department spokesperson said in a statement. communicated. Since a NATO summit that took place in 2016, members of the Atlantic organization, of which Ankara is a member, have been strongly discouraged from buying military equipment from Russia. This is to avoid any dependence on Moscow. A decision reinforced because of the war in Ukraine. The Greek Reporter site recalls that last September, US Senator Bob Menendez warned Turkey against any new purchase of Russian arms. The United States may again sanction Recep Erdoğan’s government under the federal Countering America’s Adversaries Through Sanctions Act.

Ankara’s decision to acquire the S-400 had already complicated its relations with Washington. Turkey was an important partner in the design of the F-35 stealth fighter jet and had planned to buy at least 100 units from Washington. However, the United States excluded the country from the program due to the S-400 deal with Russia. Indeed, the Pentagon fears that the Russian anti-aircraft system poses a threat to the safety of its new aircraft.

Armies of NATO member countries use tactical data link and “friend or foe” identification systems to identify military aircraft in the sky. If Turkey acquires both the S-400 and the F-35, Russian technology will need to be equipped with these identification systems to allow Turkish Air Force F-35s to fly safely in its own airspace. However, sharing this precious data with the S-400 could compromise the stealth of the F-35 because Moscow could perhaps have access to this information via its defense system.

Federal Reserve Backs Down With Rate Hikes, What Does This Mean For Bitcoin?