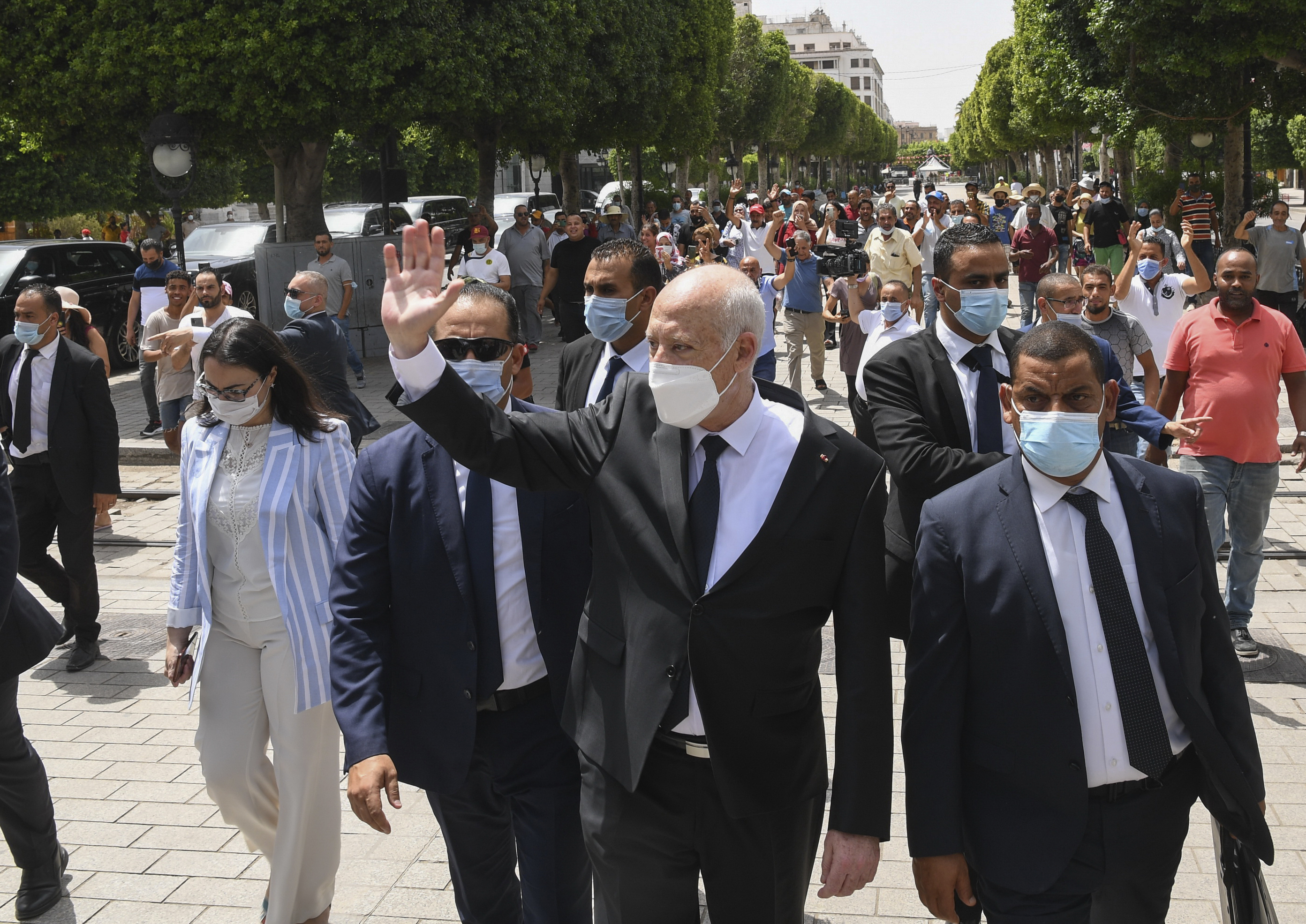 A week after removing the prime minister and other officials and suspending the activity of the parliament, President Kais Saied walked along Bourguiba Avenue, Tunisia’s main artery, received the support of passers-by and denounced those who exploit migrants, when Hundreds of young people are leaving Tunisia this summer for Europe on boats provided by smugglers.

Saied assured that many desperate young people are being paid “for political reasons” to make the crossing of the Mediterranean, and considered that the intention is to repeat the massive illegal immigration that began after the Tunisian revolution a decade ago, in addition to damaging the image at the national level and compromises ties with Europe.

In the North African state, many fear fragile democracy is in jeopardy without a clear roadmap on how the president plans to restore institutions, in the only country that has installed a democratic regime after the Arab Spring uprisings. .

A week after Kais Saied took power, fears of an authoritarian drift are mounting, and several observers today voiced concern.

Saied assumed full power on July 25, suspended parliament for at least 30 days and said he intended to “save” the Maghreb country of 11.7 million people, plagued by months of political lockdowns and a new spike in covid. -19, with one of the worst official death rates in the world.

After introducing this exceptional regime, denounced by his opponents to the Islamist-inspired Ennahdha party, the main force in the chamber, as a “coup”, Saied also lifted the immunity of the deputies.

In this context, there have been several arrests during the last three days, with two deputies from the Islamo-nationalist movement Al-Karama, an ultra-conservative party ally of Ennahdha, detained last Saturday night.

Maher Zid and Mohamed Affes are in pre-trial detention as part of a “military justice investigation,” Al-Karama director Seifeddine Makhlouf said on Facebook.

According to this very critical lawyer of President Saied, the two deputies and himself are being persecuted in a case related to an argument that took place in March at the Tunis airport. Border police officers who prohibited a woman from traveling are suspected of having been insulted.

Al-Karama is included among the parties that denounced a “coup” promoted by Saied.

On Friday, an independent deputy, Yassine Ayari, who also denounced a “military coup”, was detained under a two-month prison sentence handed down at the end of 2008 for criticizing the military hierarchy, according to the Tunisian version of justice. military. .

His arrest has raised the concern of several non-governmental organizations (NGOs), including Human Rights Watch and Amnesty International.

Faced with these arrests, the Harak party of former President Moncef Marzouki issued a statement expressing “deep concern.” This formation, which is not an ally of Ennahdha in a highly fragmented parliament, condemned a “drift towards a political reckoning and the repression of freedoms, contrary to the guarantees provided by the head of state.”

Responding to concerns about witnessing a return to authoritarianism in the cradle of Arab springs, President Saied, 63, stressed on Friday that “there should be no fear” regarding the preservation of rights and freedoms in Tunisia.

And quoting former French President Charles de Gaulle, he claimed that he is no longer old enough to become a dictator. As indicated, the arrests are related to people already persecuted by the courts.

Even today, the social media post of a song praising the president for his handling of the crisis has also raised concern. Some Tunisian netizens denounced an ad that recalls the regime of former dictator Zine El Abidine Ben Ali overthrown in the 2011 revolution, according to the AFP news agency.

Apparently insensitive to these criticisms, the jurist Saied, who maintains a strong popularity after his election in 2019 as an independent candidate with more than 70% of the votes, decided today to test the reaction to his “coup d’état” and was showered of crowds in the streets of Tunis.

Bitcoin price rises by 10 percent in a week, here’s why