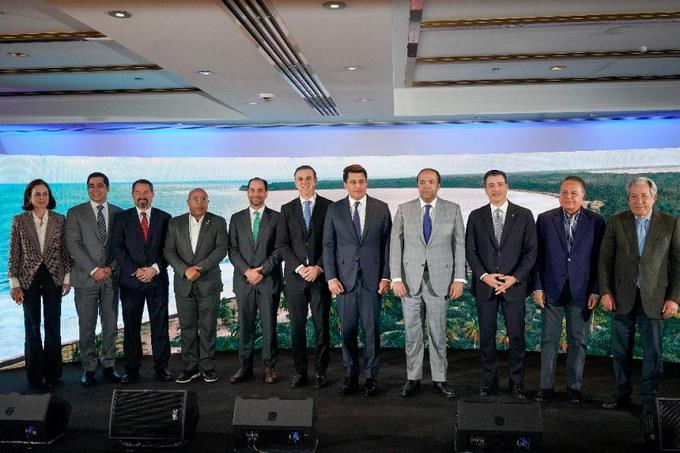 With the presence of the Minister of Tourism David Collado, Pro Miiches and Mitur announced the start of construction of new hotel developments in the Miches tourist hub for more than US$735 million in public and private investments.

During an investment attraction breakfast for the Miches destination, the main investors presented the advances in territorial planning, public investment and private projects that are already being carried out in the area.

Tourism Minister David Collado stressed that the Government is creating all the necessary infrastructure for Miches to become a successful tourist destination.

“In this administration, we have designed a Management Plan for Miches, and through Ceiztur and Inapa, we have managed to build the necessary roads, access to the beach and the aqueduct in Miches to ensure that hotel developments have the necessary public infrastructure. for its operational success,” said the official.

The private organization in charge of promoting the development of Miches, Promiches, presented the different private investments, where three hotels already in operation and several more in the process of construction stand out.

“Among the different private projects we will have more than 3,700 hotel rooms and almost 2,000 residential rooms, between the projects in operation and under construction,” said Yamil Isaías, president of Promiches.

Isaías said that in the next two years 2,000 additional jobs will be generated, which in ten years is expected to reach 10,000 jobs with the new projects.

At the event, the architect Shaney Peña, director of tourism planning and projects at Mitur, explained the three concepts on which Pro Miches has been based.

The Banco del Reservas reported that more than half of the rooms under construction in Miches are being financed by said institution, “the tourism development of Miches includes, in the long term, the commissioning of 3,756 hotel rooms.

Of that total, through projects already approved by our institution, 2,020 rooms will be enabled, more than half of that total,” said Samuel Pereyra, Banreservas administrator.

The Dominican Government signed a collaboration agreement with Pro Miches in 2022 for joint investment work for the development of this tourist pole and it was revalidated at Fitur 2023. The Fair environment is the ideal place to position the country as a destination safe and stable for investment.

During the investment breakfast, different investors presented their projects, including the ZEMI project, by investor Fran Elías Rainieri, which will have a total of 534 hotel rooms and 1,000 residential rooms in its first stage, the Group Project Long live Whyndham with 487 hotel rooms, presented by Rafael Blanco Canto; that of Grupo Tropicalia, represented by William Phelan and the Grupo Maralda project with 690 hotel rooms and 800 residences.

During the activity, the administrator of the Reserve Bank of the Dominican Republic, Samuel Pereyra, said that Miches is a “magnificent emerging destination”, a new destination with great potential for development in the country.

He indicated that of the 87,680 inhabitants in the province of El Seibo, located in the eastern region of the country, 20,813 live in the municipality of Miches, a town that is two hours away from Santo Domingo and less than one Punta Cana time.

About Miches, the official highlighted a beautiful coastal area, lagoons “and a splendid mountainous area.”

He recalled that in 2021, the Dominican Government established an agreement with Pro-Miches for the development of this area, with an approximate investment of more than US$1,000 million that will be used in different aspects for its advancement, such as transportation, environmental management , security, dock management, among others.

He maintained that Pro Miches will have 3,756 hotel rooms. Of this total, through projects already approved by our institution, 2,020 rooms will be enabled, more than half of this total in the all-inclusive hotel for adults Temptation Grand Miches Resorts, with 496 five-star rooms, with a total investment of US$175 million, which includes financing of US$97 million from Banco de Reservas plus another US$59 million led by the Spanish bank Sabadell in the Secrets Resort & Spas and Dreams Resort & Spas hotels.

“These facilities will consist of 1,000 rooms and will be developed by the El Fuerte Group and the Rainieri Soto family. The operation of the hotels will function under the Secrets and Dreams brands of the AMR Collection hotel chain, ”he indicated.

There are other negotiations under negotiation for US$102 for the construction of the hotel facilities of the Zemí Hotels & Resorts, owned by Frank Elías Rainieri, which will have 524 rooms and whose operations will be in charge of the Hilton chain.

Currently, Banco de Reservas is evaluating nine hotel projects that will provide 3,243 additional rooms, with a total investment of approximately US$839.10 million and an estimated financing amount of US$397 million.