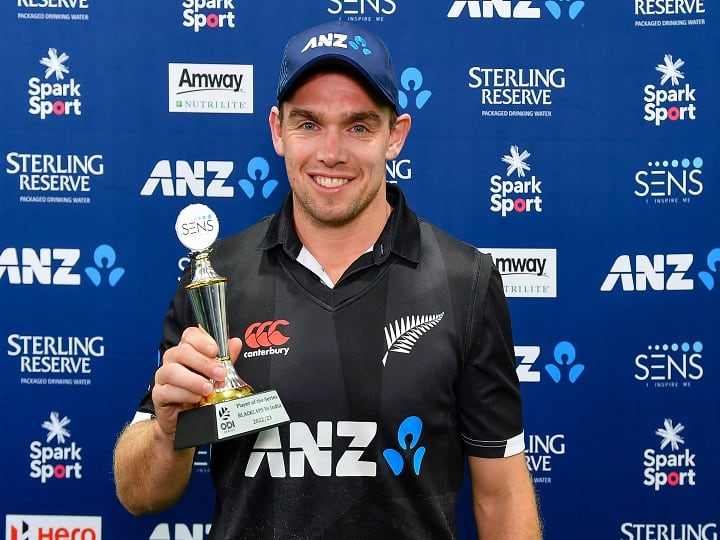 India had to face defeat in the ODI series against New Zealand. The Kiwis won all three ODI series 1-0. The third game played in Christchurch could not be completed due to rain. That’s why it was cancelled. In the third match, India scored 219 runs while batting first. At the same time, when New Zealand’s score was 104 runs to one wicket, then it rained. Due to continuous heavy rain and bad weather, the match couldn’t be possible anymore. After which the arbitrators declared it cancelled. Only one match resulted in the ODI series. In the first match played in Auckland on November 25, New Zealand defeated India by seven wickets. Tom Latham, who batted brilliantly in the ODI series, was awarded the Player of the Series title. He scored 145 runs in the series.

After receiving the Player of the Series award, Tom Latham said our players played brilliantly. At first, when the ball moved, Finn Allen and Devon Conway hit carefully. Both players took the initial pressure off very well. You can very well reflect the innings of 145. He further said that it was a good series for the whole team and personally for me. It was a bit embarrassing for me because I couldn’t hit for the next two games. In the third game, our players shot well.

The first match of the series between India and New Zealand was played in Auckland. Batting first in this match, India scored 306 runs for seven wickets. Chasing the target, the Kiwi team completed the target with the loss of three wickets with 17 balls to spare. Kane Williamson played an unbeaten innings of 94 runs. While Tom Latham scored 145 not out while batting. The second game played between the two countries in Hamilton could not be completed due to the rain. In this match, while batting first, India scored 89 runs in 12.5 overs. After which the match was canceled due to bad weather. At the same time, in the third match, India scored 219 runs in their innings, but when New Zealand’s innings began, rain got in the way after 18 overs. Due to which it was not possible to play again.