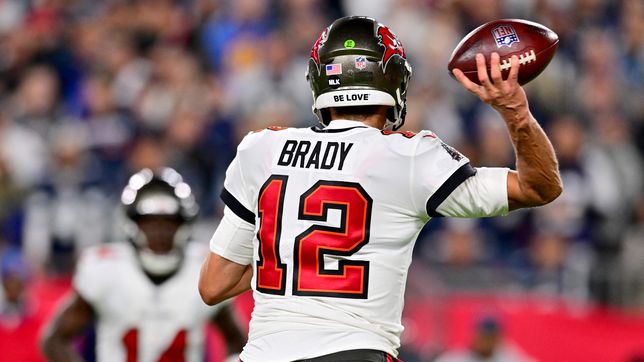 After having been the leader of the New England Patriots for 19 seasons and move on to the Tampa Bay Buccaneers for the NFL 2020, Tom Brady you know your career is closer to overso the 2022 Playoffs represented a new opportunity to increase his Super Bowls played, the rings won and the statistics that belong to him in the professional football league.

The 45-year-old veteran quarterback was in charge of putting the Bucs with a mark of 8 games won and 9 lostin which it was a difficult campaign for him and those led by Head Coach Todd Bowles, but even so it was enough for them to be the leaders of the NFC South, which led them to host the Dallas Cowboys in the Wild Card round.

The one who emerged from the University of Michigan Wolverines became the most influential player in the world of football. nfl, when at the hands of Bill Belichick they changed the history of the Patriots by turning them into a franchise with a winning culture and protagonists year after year, for which his departure meant a painful loss for the Gillette Stadium organization.

Rings in his career

💍 7 rings
⭐️ 5-time Super Bowl MVP
🌟 Only player to win the Super Bowl in three different decades
🤯 No franchise in NFL history has more rings than him pic.twitter.com/qyu8X1Fdj9

Among his most outstanding records are most wins for a quarterback (243), oldest quarterback to win NFL season MVP (40 years – 2017), most NFL championships (7), most Super Bowl appearances (10), most titles Super Bowl for a single team (Patriots – 6) and player with the most Super Bowl MVP in history (5).