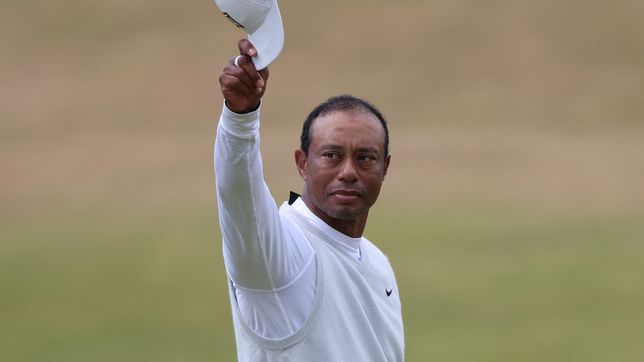 The world of golf was looking forward to this week, when the Hero World Challenge will take place. The main attraction of this tournament was the participation of Tiger Woods, who is the organizer of it. The American has not competed since last July 15, when he was left out of the British Open cut, and had planned to reappear in his event. However, the return of the ‘Tiger’ will have to wait.

This Monday, just three days before the start of the Hero World Challenge, Tiger Woods himself has issued a statement confirming his withdrawal from the tournament. “During my preparation for this week’s Hero World Challenge, I developed plantar fasciitis in my right foot, which makes it difficult for me to walk. After consulting with my doctors and coaches, I have decided not to compete this week and focus on my work as an organizer,” confirmed the 46-year-old golfer on his Twitter account.

To calm his followers, Tiger confirmed that his participation in two other tournaments is still standing: The Match and the PNC Championship. In the first of them, which will be held on December 10 at the Pelican Golf Club in Florida, the winner of 15 majors he will team up with Rory McIlroy to play Justin Thomas and Jordan Spieth in a single round. He will also be in the PNC Championship, where he will once again form a team together with his son Charlie (as they did last year) from December 15 at The Ritz-Carlton Golf Club in Orlando.

Yes, it will be in the Hero World Challenge, which starts this Thursday in Albany (Bahamas), Spaniard Jon Rahm. The one from Barrika, champion just over a week ago of the DP Tour World Championship in Dubai, already won this tournament in 2018. The peculiarity of the Tiger event is that it brings together the world top-20 and, despite not awarding FedExCup points or official prizesyes, he usually gives away four days of golf at the highest level.