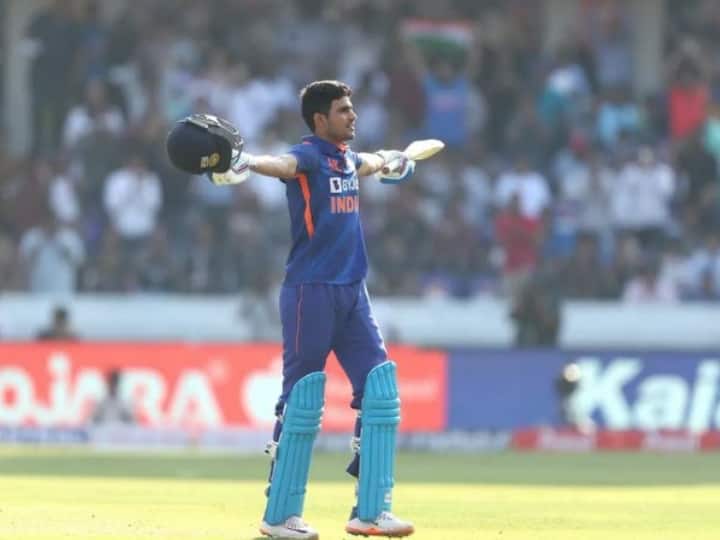 The first match of the 3 ODI series between India and New Zealand is played at the Rajiv Gandhi International Stadium in Hyderabad. The India team, coming out to bat first, scored 349 runs for 8 wickets in 50 overs. Opener Shubman Gill scored a double century for the India team. This young player played an excellent innings of 208 runs off 149 balls. The Indian starter hit 19 fours and 9 sixes in his innings. In this way, Shubman Gill has become the fifth Indian cricketer to score a double century in ODI cricket. At the same time, veterans are continually giving their reaction to Shubman Gill’s double century.

What a player 🤩💯💯
Just the beginning of much more to come 🇮🇳 Well played champ 👏 @ShubmanGill pic.twitter.com/Ay0ZUq3G0f

A hat-trick of sixes to reach its double hundred ⭐

On the other hand, speaking of this match, the India team, coming out to bat first, scored 349 runs for 8 wickets in 50 overs. In this way, New Zealand has a target of 350 races to win. Opener Shubman Gill scored a brilliant double century for India. Shubman Gill played an excellent innings of 208 runs off 149 balls. He hit 19 fours and 9 sixes in his innings. Earlier, Indian team captain Rohit Sharma had decided to bat after winning the toss. Team India opener Rohit Sharma and Shubman Gill added 60 runs for the first wicket.