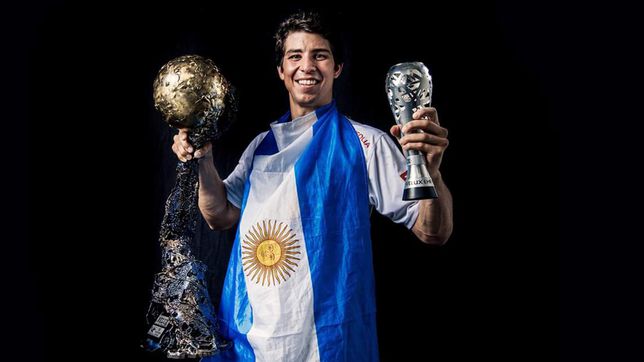 Diego Simonet, 33 years old will play a new World Cup. The center-back is the brother of Sebastián and Pablo, he is part of a golden generation that led Argentina to the semifinals of the 2007 world youth championship, losing to the ever-powerful Denmark.

In 2018, recovered from a cruciate ligament injury in his right knee that prevented him from being at the Rio 2016 Olympic Games, He had an outstanding performance in the 2018 Champions League with his team, the French Montpellier. He won that competition being the MVP in the final with 6 goals.

Today, the “Chinese” disputes a new world cup: “It is an area where it is Norway in the lead and against the Netherlands and Macedonia you can win both if everything is done right and lose both if we don’t do everything right. There is no rival in our group that is lazy and let it be known that he will lose all the games. By winning a game (Macedonia or the Netherlands) you can be eliminated”, explained the captain.

About the debut, Simonet said: “Obviously we want to go round. We have to think about how to beat the Netherlands, which is our first World Cup match. Don’t go any further. You have to come up with everything and leave everything against them, who are at a very good level, with their star player Luc Stein at the helm”.