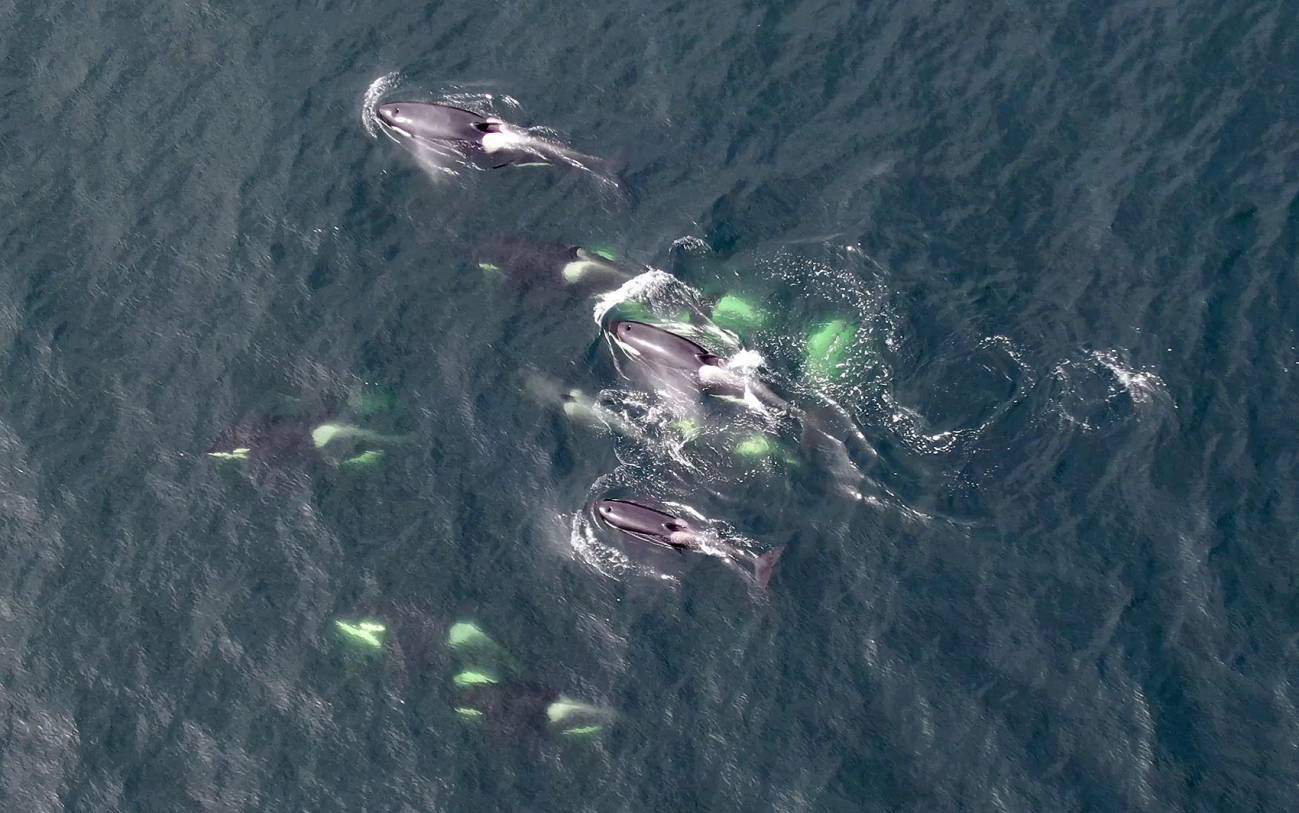 Canadian researchers have identified “eternal chemicals”, emerging and long-lived pollutants in orcas. These compounds appear in everyday human products and can affect the health of endangered cetaceans. Their finding in top predators also indicates that they are a threat to the entire food chain.

Various chemical contaminants appear in the tissues of killer whales, according to a study carried out by researchers from the University of British Columbia (UBC), in that Canadian province. The team analyzed six transient and six southern resident killer whales – an endangered population – stranded on the coasts between 2006 and 2018.

The main compound identified (46% of the total) is 4-nonylphenol or 4NP, used in the production of toilet paper. This substance is listed as toxic in Canada. It is an “emerging pollutant”, potentially dangerous, but little studied and therefore not regulated.

The study, published in Environmental Science and Technology, is the first to find 4NP in orcas. Kiah Lee, student at UBC and first author of the article, recognizes that research around this compound still needs to advance: “Developing knowledge about 4NP is necessary to understand the prevalence and impact of this contaminant on killer whales.”.

Co-author Juan José Álava, a researcher at the Institute of Oceans and Fisheries (IOF), points out that 4NP can interact with the nervous system and influence cognitive function: “This investigation is a wake-up call. Southern resident orcas are an endangered population, and pollutants may be contributing to their decline. We can’t wait to protect this species“.

For his part, Lee stresses that the disappearance of these animals “can have a very serious impact on biodiversity”.

Most of the identified contaminants are perfluoroalkyl and polyfluoroalkyl substances (PFASs), called “eternal chemicals” because they persist for a long time in the environment.

“These substances can be found in many everyday products.observes Lee, “They appear in waterproof materials like our raincoats, in nonstick cookware, containers, fire extinguishers, and in cosmetics.”.

Many of these compounds are on the list of new persistent organic pollutants (POLICEMAN). They are toxic substances, many of them banned in Canada, which affect the health of living beings and spread in the physical environment due to human activity.

In the analyzed samples, the researchers also detected alkylphenols, a group to which 4NP belongs. In addition to toilet paper, this substance is also found “in herbicides, pesticides and lubricating oils”, explains the scientist.

The tissues also showed the prevalence of 7:3-fluorotelomer carboxylic acid, or 7:3 FTCA. “We don’t specifically know the human impacts of 7:3 FTCA, but it is part of the perennial chemical group, which have been linked to cancer, fertility changes, and liver damage, among other consequences.” Lee warns.

There are still no restrictions for this pollutant, but the European Chemicals Agency has included it in its list of proposed toxic substances to be recognized as new POPs, in accordance with the Stockholm Convention on POPs.

This research is also the first to look at mother-to-fetus transfer of contaminants in a Southern couple. They found that all identified contaminants were transferred in utero and that 95% of 4NP was transferred from mother to fetus.

A threat to the entire food chain

“Emerging contaminants and POPs have already been detected in other mammals and are routinely monitored”, explains the researcher. However, very little is known about its effects on orcas, so the work “provides important reference data that can serve as a basis for future studies.””.

“4NP has not been found before in British Columbia and has been found in killer whales, which are top predators. This means that contaminants are entering the food system.“, says Alava.

This compound can leak into the ocean through sewage treatment plants and industrial discharges, where it is ingested by smaller organisms and moves up the food chain.

“This research is yet another example of an approach that takes into account the health of people, animals and the environment, using orcas as a case study to better understand the potential impacts of these and other compounds on animal health and ecosystems.“, highlights the other co-author of the work, Stephen Raverty, associate professor at IOF.

The authors say governments can help protect southern resident orcas and other endangered marine species. To do this, they demand to stop the production of emerging pollutants, including 4NP and emerging POPs such as 7:3 FTCA. In addition, they call for identifying and addressing potential sources of marine pollution in British Columbia and Canada.

Álava warns that it is not just killer whales that are affected by these compounds: “We are mammals and we also eat Pacific salmon, so we have to think about how this can affect our health, as well as other seafood we eat.“.