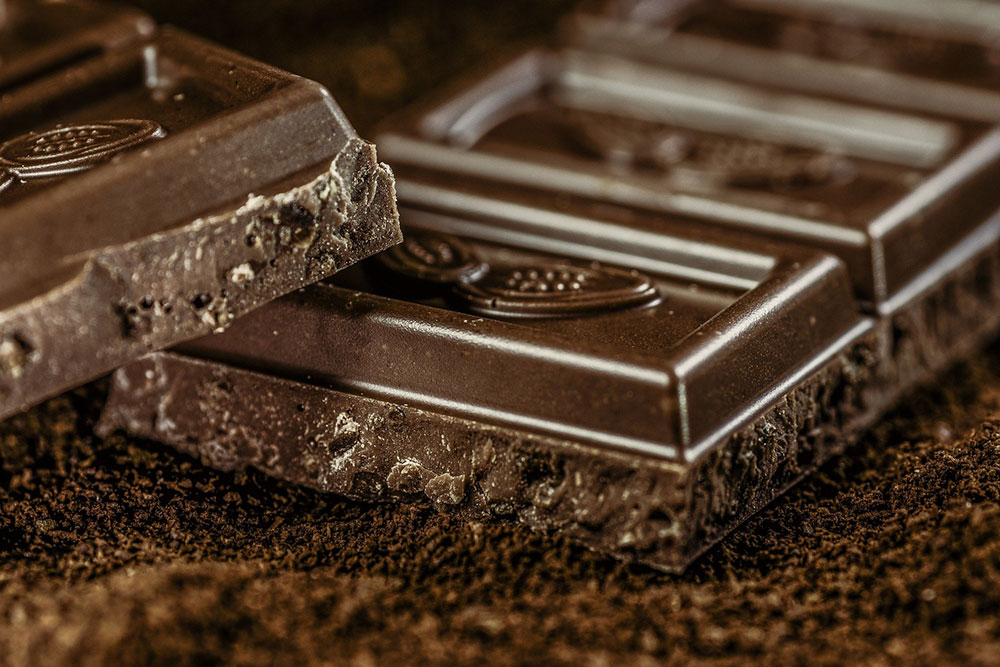 Chocolate seems irresistible to us, not only because of the exquisite taste of cocoa. Researchers from the University of Leeds (United Kingdom) found that the chocolate ingredients themselves interact with saliva, generating a soft greasy film that coats the tongue and makes this product creamy throughout the time it remains in the mouth.

Scientists at the School of Food Science and Nutrition at the University of Leeds, in the United Kingdom, have discovered why chocolate is so irresistible, and that it is not just for its taste, but has to do with the process by which it is made, which goes through the mouth from a solid emulsion to a soft emulsion due to its own ingredients and the combination with saliva.

The study, whose findings were published in the journal Applied Materials and ACS Interface, analyzes in depth the physical process that occurs in the mouth when eating a piece of chocolate and the pleasure that its touch and texture produce. Specifically, the lubrication behavior of this phase change material (PCM).

Fat plays a key role the moment a piece of chocolate comes into contact with the tongue, after which solid cocoa particles are released and become important in terms of tactile sensation.

Research on chocolate in an artificial language

The tests were carried out with four commercial chocolate samples (Lindt Excellence, Lindt & Sprüngli, United Kingdom) with a content of cocoa from 70 to 99% by weight, on a surface similar to an artificial tongue. The researchers used analytical techniques from an engineering field called “tribology”, which studies the friction, wear and lubrication that occur during contact between moving solid surfaces.

In this case, they verified this interaction between the ingredients of the chocolate itself and the saliva. On the taste buds,the determining mechanisms were the formation of cocoa butter bridges between the particles of this substance and the fatty material of the emulsion droplets“, according to the study.

The authors also verified that the product, when in contact with the tongue, releases a film of fat that covers this organ and other surfaces of the mouth. That film is what makes this product feel smooth all the time in the mouth.

“The unpublished results of this study, supported by long-range lubrication theories, reveal how the tribological mechanism of licking changed from solid fat-dominated lubrication (saliva-poor regime) to aqueous lubrication (saliva-dominated regime), which resulted in a increase in the coefficient of friction”, point out the authors in their study, where they also highlight “the formation of the distinctive hydrodynamic viscous film” in the tongue.

Remove the fat but not the flavor

The researchers also note that the deeper fatty material in chocolate plays a very limited role, so it can be reduced without affecting the feeling of pleasure from consumption.

The team believes that this work can contribute to the development of a new generation of chocolates with the same taste and texture, but healthier for consumption.

Furthermore, the physical techniques used could be applied to investigate other foods that undergo a phase change, where a substance transforms from solid to liquid, such as ice cream, margarine or cheese.

The project in which this work is part received funding from the European Research Council under the Horizon 2020 research and innovation program of the European Union.