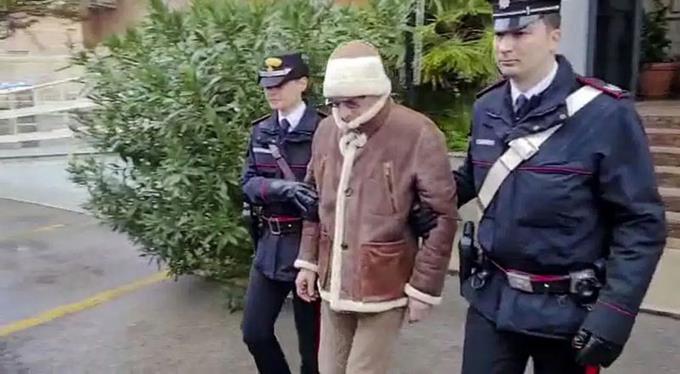 The most wanted mobster in Italy, the Sicilian Matteo Messina Denaro, a fugitive for 30 years and known for being a bloodthirsty godfather, was arrested in Palermo (Sicily, south), as part of a major police operation.

“Today, January 16, the carabinieri (…) arrested the fugitive Matteo Messina Denaro inside a health facility in Palermo to which he had gone for clinical therapy,” said the general of the carabinieri, Pasquale Angelosanto. .

The “godfather” of the mafia was on the list of the most wanted criminals in the world as the leader of the powerful criminal organization Cosa Nostra, specializing in drug trafficking, prostitution, extortion and money laundering.

The face of the mafia leader was almost unknown and was based on reconstructions made through computers. From the first photos released after his arrest, his face is recognizable, although he was wearing a wool hat and winter jacket as well as glasses.

Messina Denaro, 60 years old, known for his extreme evil, boasted that he could “fill an entire cemetery” with his victims, including a teenager, the son of a repentant mobster, whom he ordered to dissolve in acid.

The criminal replaced Salvatore “La Bestia” Riina, captured in 1993 and died in November 2017.

A victory for the state

His arrest has sparked numerous reactions from the Italian political class, including Prime Minister Giorgia Meloni.

“A great victory for the State, which shows that we must not surrender to the mafia,” he wrote.

The President of the Republic, Sergio Mattarella, whose brother Piersanti, president of the Sicily region, was shot dead by the mafia in the early 1980s, sent “his congratulations” to law enforcement.

“We have detained a dangerous criminal, without violence (…) as is intended in a democratic country,” Maurizio De Lucia, Palermo’s chief prosecutor, said during a press conference, stressing that he did not oppose the capture.

Born in April 1962 near Trapani, Sicily, he was sentenced in the 1990s in absentia to life imprisonment for several murders.

His arrest was possible thanks to an impressive operation in which hundreds of specialized police officers and carabineros participated and which ended with applause, according to images released by the press.