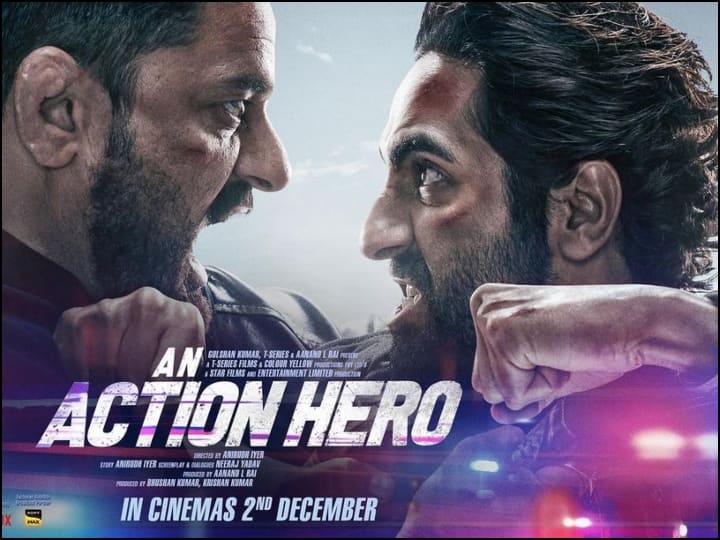 Lots of new movies are released every month from OTT to theaters. Ajay Devgan’s ‘Drishyam 2’, released in November, got a tremendous response. At the same time, many movies will also play in December. In such a situation, let us tell you about those movies today.

The year is about to start with Ayushmann Khurrana’s film ‘An Action Hero’, in which the actor will be seen doing action. Actor Jaideep Ahlawat will also be seen with him in this movie. This film will be released in theaters on December 2.

The next name on the list is Kartik Aaryan’s Freddy. People are eagerly awaiting this movie because Karthik will be seen in the role of a dreaded dentist. ‘Freddy’ is scheduled to release on December 2 on Disney Plus Hotstar.

Bollywood actress Kajol will also be back on the big screen in December. Her film ‘Salaam Venky’ will be released in theaters on December 9.

In December, Vicky Kaushal will also entertain people with the film ‘Govinda Naam Mera’. In this one, actresses Kiara Advani and Bhumi Pednekar have major roles with them. This movie will premiere on Disney Pulse Hotstar on December 16.

The last name on the list is Ranveer Singh’s ‘Circus’. And as the name suggests, it’s going to be a comedy movie. This movie has been directed by Rohit Shetty and people have been waiting for it for a long time. ‘Circus’ will be released in theaters on December 23.

So these were some of the movies that are expected to provide action-packed, comedy-thriller entertainment in the month of December.