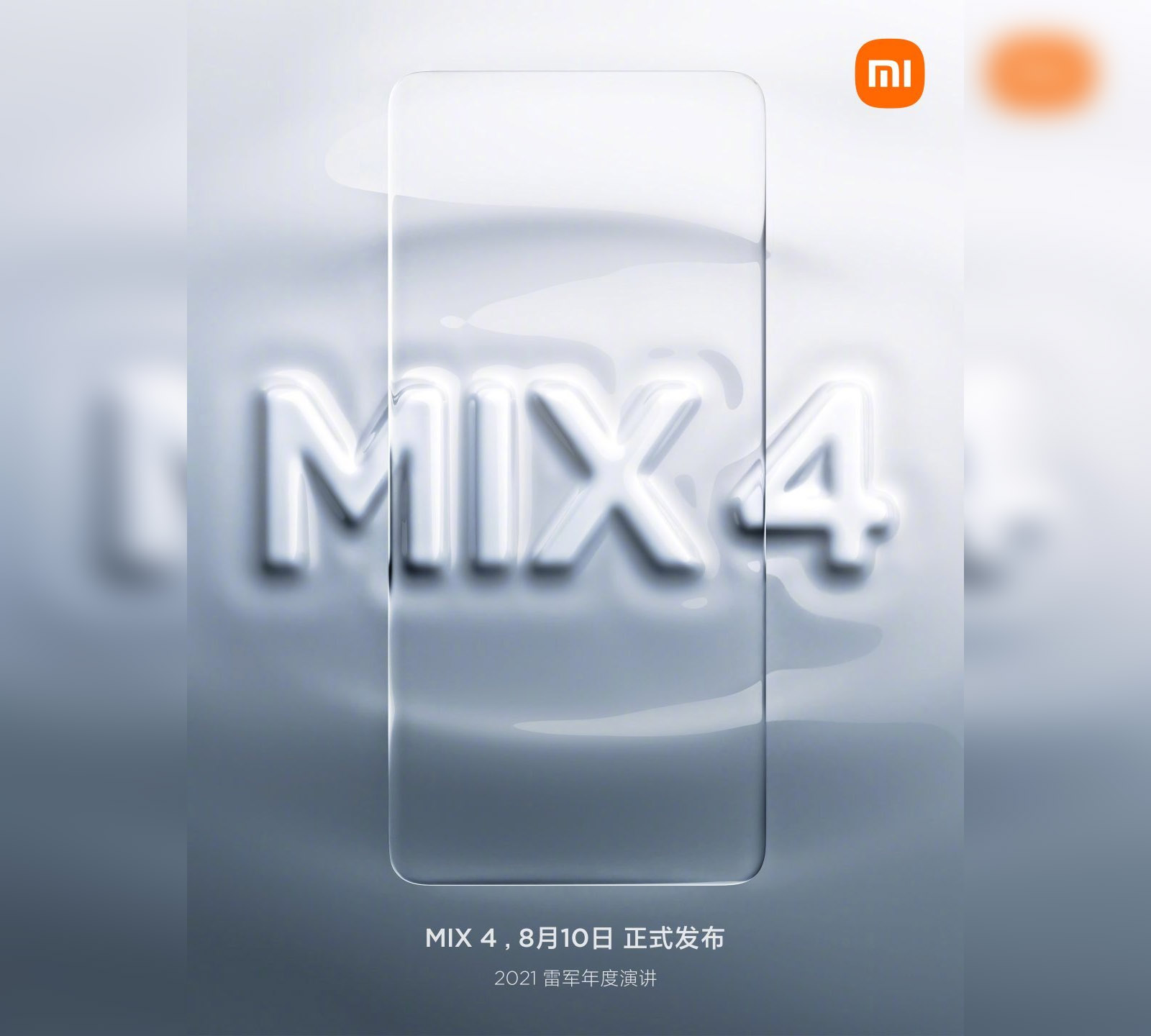 Xiaomi will finally unveil the Mi Mix 3 5G successor at an event in China on August 10th, just one day before Samsung’s Galaxy Unpacked event. The event will start at 7:30 pm local time (1:30 pm in Spain).

The Mi Mix 4 is expected to be a flagship that will compete against the best Android phones.

Rumors suggest the phone will come equipped with the chipset snapdragon 888 from Qualcomm, along with up to 12GB of LPDDR5 RAM and 256GB of UFS 3.1 storage.

Unfortunately, the image originally published by Xiaomi didn’t reveal any details about the next phone.

However, the company has already published to a tweet which suggests that the Mi MIX 4 will feature a selfie camera under the screen.

It is also believed to have a secondary screen similar to the Mi 11 Ultra on the back. Other rumored specs include a 4,500 mAh battery with 120W wired fast charging, 80W wireless charging and UWB support.

Xiaomi has been working on under-screen cameras since 2019. Last year, the company introduced its third generation of under-screen camera technology and confirmed that it would release its first phone with an ‘invisible’ selfie camera in 2021.

Xiaomi isn’t the only company expected to release its first camera phone soon. Samsung’s upcoming Galaxy Z Fold3 can also carry a camera under the screen.

However, it remains to be seen whether the cameras on display on the Mi Mix 4 and Galaxy Z Fold3 will be significantly better in quality compared to last year’s ZTE Axon 20 5G.