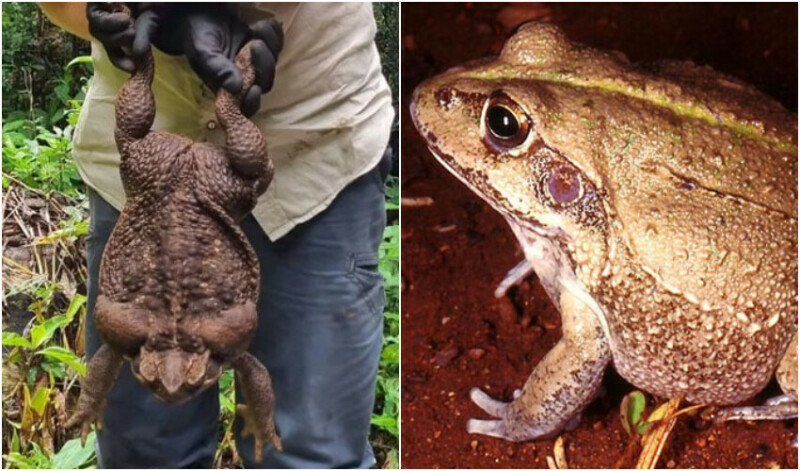 The largest frog in the world came out of the northern rain forest, which is 6 times bigger than its species.

According to a foreign news agency, the world’s largest frog came out of the northern rain forest of Australia, and everyone was surprised to see it.

Officials from the Queensland Department of Environment and Science have named the frog Toadzilla, and said it has been rescued from the wild and will be sent to the Queensland Museum.

Officials of the Department of Environment and Science say that this frog found in the forest (Toadzilla) is 6 times larger than its species, and the weight of this frog, which looks like a frog, is 2.7 kg.

According to officials, the frog belongs to the species of cane toad, and it may set a new record, previously in 1991, a frog named Prinsen in Sweden, which weighed 2.65 kg, was included in the Guinness World Record.