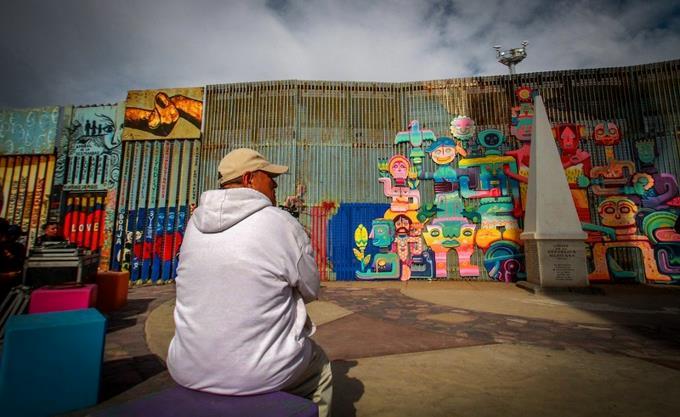 The Office of Customs and Border Protection (CBP) reported this Tuesday that, after a suspension of five months, it will resume the repair of the border barrier in Parque de la Amistad, a place on the border of the United States and Mexico that used to be a site of meeting of migrants.

In August 2022, CBP halted repairs to the border barrier between San Diego, California, and Tijuana, Mexico to engage activists who opposed the project.

Border repairs included construction of a 30-foot (9-meter) high double wall approved during the Donald Trump Administration (2017-2021) in the park, where migrants used to meet family and friends through the holes in the barrier that separates the US and Mexico.

CBP said in a statement Tuesday that after analyzing public comment and the conditions that U.S. Border Patrol needs to operate, “an approach has been developed that meets the needs of border security and, in At the same time, it addresses feedback from the community.”

The entity did not explain what modifications were made to the original project established by the Trump Government.

Once construction is complete, CBP has committed to granting access to the park to visitors from the US side, which will allow them to meet their family and friends on the Mexican side.

The construction works are expected to be completed in six months.

The binational park has been closed since the pandemic began, and the construction plan proposed by the Trump Administration aimed to close it completely.

Friendship Park was inaugurated in 1971 by then First Lady Pat Nixon as a show of friendship between the American and Mexican peoples.

In 1993 the first wall was built in the area, however, the park remained a meeting point for families, who could not cross the border.

As ‘Natu Natu’ entered the 2023 Oscars, the ‘RRR’ stars danced with joy and said, ‘We created history…’