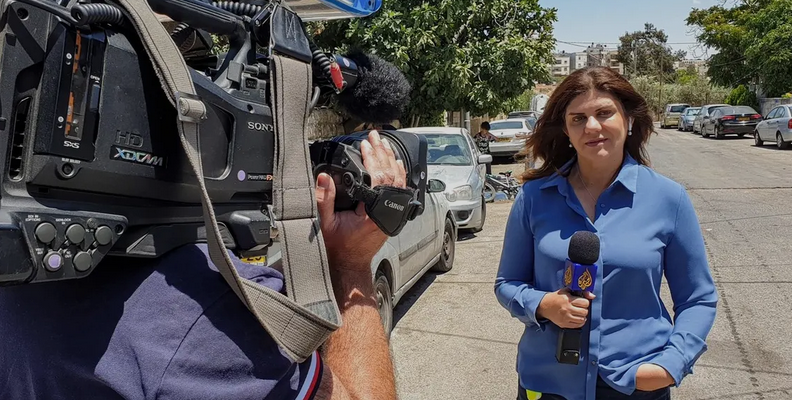 The United States has demanded an investigation into the alleged killing of Palestinian journalist Shirin Abu Aqila in Palestine.

The United Nations, the United States and the European Union have condemned the killing of Shereen Abu Aqila, a Palestinian-American journalist affiliated with the Al Jazeera television network, and called on Israel to conduct an independent inquiry into her death.

Runesland also called for an immediate and full investigation into his killing on his Twitter account, and demanded that Israeli officials be held accountable, saying that media workers should not be targeted in such attacks.

Al Jazeera reporter Shereen Abu Aqila was covering an operation and a clash in the Jenin refugee camp in the occupied West Bank on Wednesday morning when she was shot by Israeli soldiers. Another journalist was reported injured in a clash between the Israeli army and Palestinians.

According to US Ambassador to the United Nations Linda Thomas Greenfield, a transparent investigation into Abu Aqila’s death should be carried out. “We are inviting both sides to take part in the investigation so that we can conclude how this happened,” he said. Linda added that the protection of American citizens and the protection of journalists is America’s top priority.

A statement from State Department spokeswoman Ned Price in Washington said, “All Americans are saddened and strongly condemn the assassination of American journalist Shereen Abu Aqila. The incident should be immediately and thoroughly investigated and those responsible should be held accountable. His death is a humiliation of the freedom of the media everywhere.

The EU’s External Action Service said in a statement that it was important to clarify the situation as soon as possible and bring those responsible to justice. It is unacceptable to target journalists while carrying out their professional duties. Journalists covering conflict situations must be protected at all times and their safety must be ensured.

She was killed by the Israeli military, after making her presence as a journalist clearly known.

We provide Israel with 3.8 billion in military aid annually with no restrictions.

What will it take for accountability for these human rights violations? https://t.co/MGSVc6jYXJ

It should be noted that a female journalist of the Qatari broadcaster Al Jazeera Arabic was shot in the head during the coverage of the raid by the Israeli forces in the West Bank. The Palestinian Ministry of Health confirmed that Shirin Abu Aqila had been killed during an Israeli operation in the occupied West Bank city of Jenin, and that Palestinian journalists affiliated with the Jerusalem-based Al-Quds newspaper had been injured.

According to a statement from the Ministry of Health, Shirin Abu Aqila was shot dead and later died. The Ministry of Health claimed that the two journalists had been fired upon by Israeli forces. However, neither the Israeli military nor government officials commented on the incident.

The UN human rights body condemned the incident in a tweet, saying that the death of journalist Sharin Abu Aqila during the Israeli operation in the Palestinian territory of Jenin was horrific. The agency said it was confirming the incidents through its local office. The agency has demanded an impartial and transparent investigation into his death.

Umrah visa in just ten minutes !! but how ?